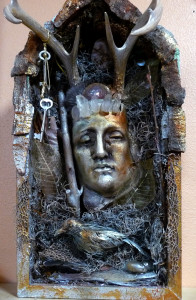 “The Guardian of the Golden Bough” – Altar Assemblage, Lyn Belisie, 2013

Celebration Circle’s “One People, Many Paths: Sacred Art of Altars” exhibit opens on September 1st, and I am ready! Last year, when I was invited to participate in this wonderful event, I struggled with several ideas, including putting a Spirit Doll inside the box, which, unfortunately, made it look like a coffin. Yikes. My (finally) finished altar from last year was called The Guardian of the Golden Bough (left). It was a good solution and popular with the silent auction bidders.

This year’s altar, “Luminosity,” came together almost all by itself – I found a small branch in the driveway as I was bringing in the bare altar box and propped it against the side. Perfect – and after that, everything just came together, including the quote mounted on plexiglass which says, “It is when the ordinary becomes luminous that we are transformed.” The altar is white, simple and luminous, made from ordinary objects.  Simple is good. I am happy! 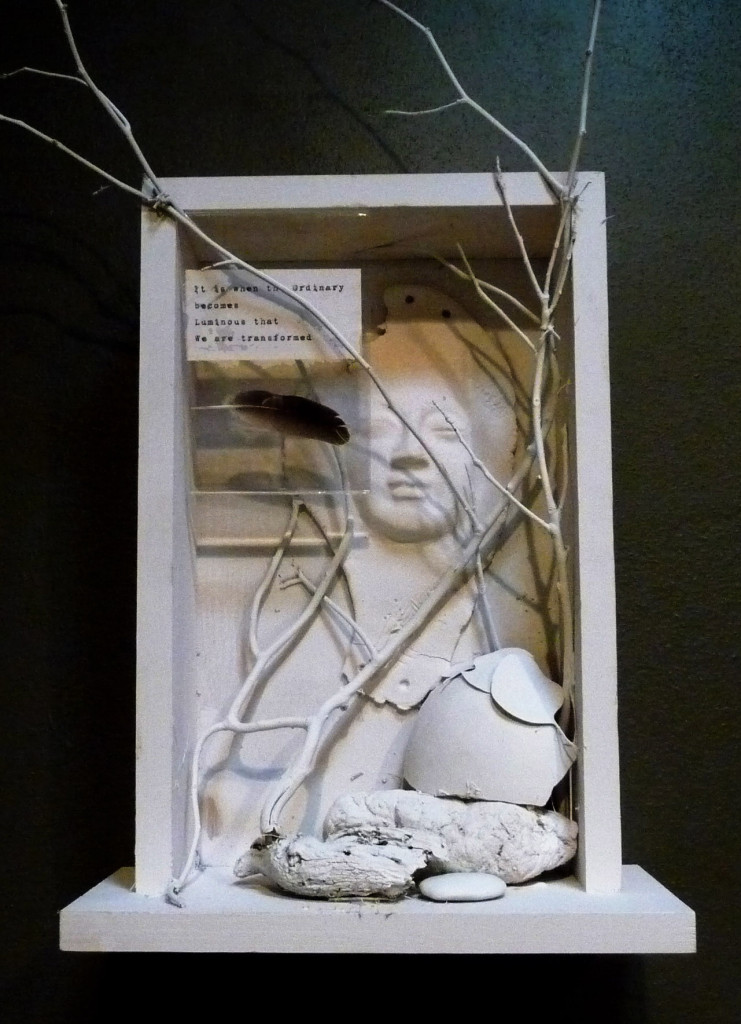 But I often wonder why some pieces, such as last year’s altar, are such a struggle to make, and others, like this year’s, seem to fly into your hands as if they knew they were supposed to be there. It’s a mystery. Let me know if you have the answer. 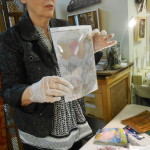 PS – No Friday Freebie this week, but if you are around, don’t miss tomorrow’s Show and Tell at the Studio from 2-4 – it’s definitely free, and you’ll get all kinds of free tips and techniques from the participating artists. The resident chef will be there, too, to show you a cool culinary trick. Hope to see you at Show and Tell!