We decided on the spur of the moment  to drive downtown last night and walk along the San Antonio Riverwalk to see the bazillions of holiday lights hanging from the trees. The catch was the “drive downtown” part. I sometimes forget that San Antonio is the seventh largest city in the US, and it seemed like everybody had the same idea about going downtown. But we braved the snarling, honking traffic and, once below street level, were rewarded with a lovely stroll along a riverbank lined with lush vegetation and luminarias. And tourists, but they were nice tourists.

Here are some photos to put you in the holiday mood – I took them with my phone, so they are not exactly National Geographic quality, but you’ll get the idea. It’s the thought that counts: 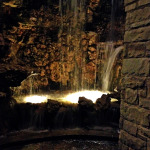 A waterfall below street level 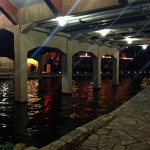 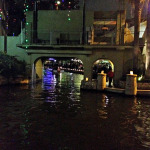 A fork in the river 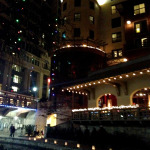 A restaurant balcony (probably where that fork came from) 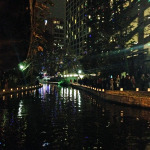 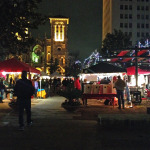 Main Plaza, just at the top of the bridge 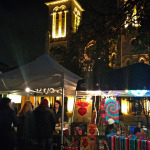 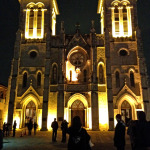 Beautiful San Fernando Cathedral, the spiritual heart of the city

So now that you’ve taken the Belisle Riverwalk Holiday Tour, you’re probably hungry, right? Well, never fear – here’s a wickedly good, super easy recipe from my friend PJ Valdez for Saltine Toffee. What does this have to do with the San Antonio Riverwalk? Not much, but it is good stuff after a walk in the cold. Besides, what’s not to like about chocolate, sugar and butter? ‘Tis the season, and man (or woman) cannot live on art alone! 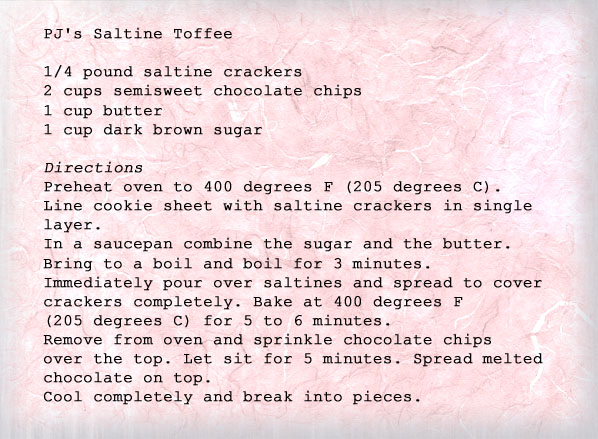