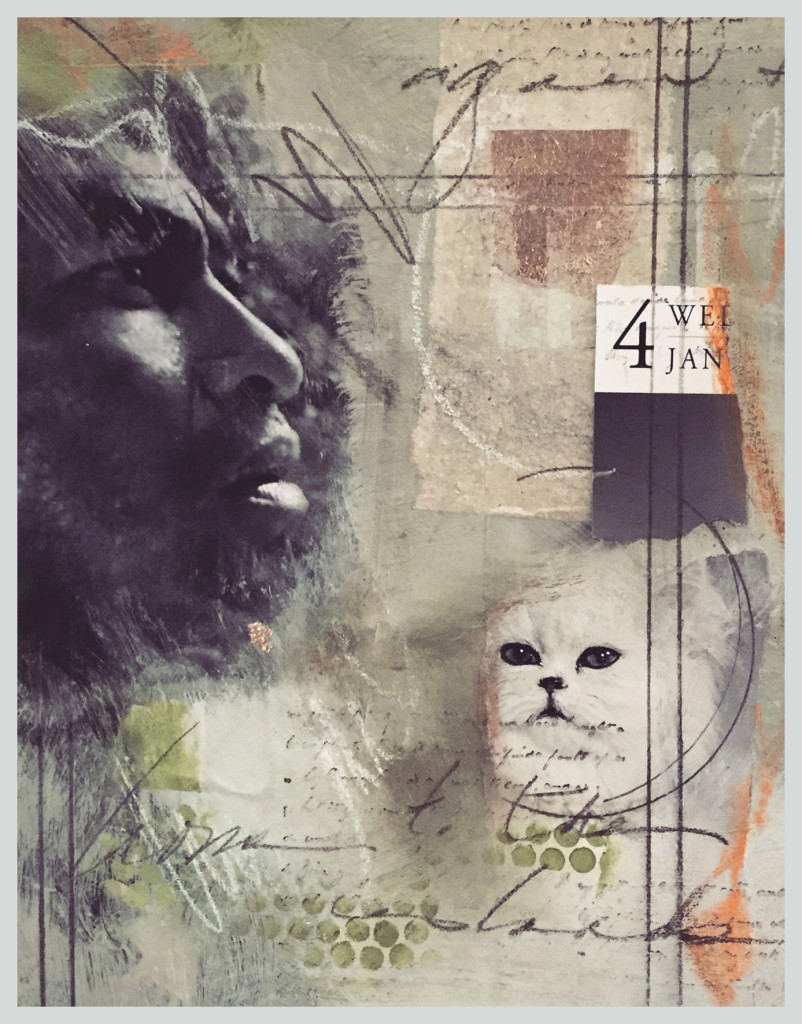 First workshop of the year taught by ME (yay!- I love teaching workshops) was Part One of Composition Camp. So what is Composition Camp?? It’s an intensive three-hour workshop directed toward planning and starting your artwork with strong composition bones, no matter in what medium. And it’s super easy.

I’ve developed a composition system called the AB3’s, which stands for

It’s kind of like a simple kick-start for your artwork because it lets you know in advance where your main elements will be most effective. The students in yesterday’s Composition Camp: Collage workshop were given a folder with photos of a random person and a random cat along with some scraps of paper – they had to make a narrative collage using only those elements.  Everyone  took the challenge and ran with it. Take a look!

Before we began our work yesterday, we talked about painterly influences on collage imagery, particularly the works of Larry Rivers and Robert Rauschenberg, two of my favorite artists ever. Rauschenberg said that he works “in the gap between art and life,”  that he wanted to question the distinction between everyday objects and art objects. I like that! 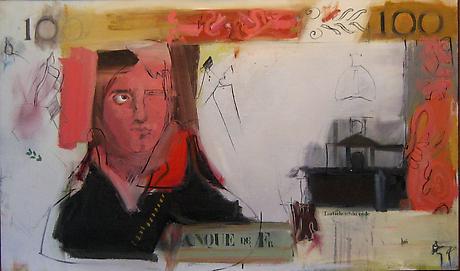 It’s always good to go to the Masters for inspiration! There are two more sessions of Composition Camp to come, and there will be more in the summer and fall.