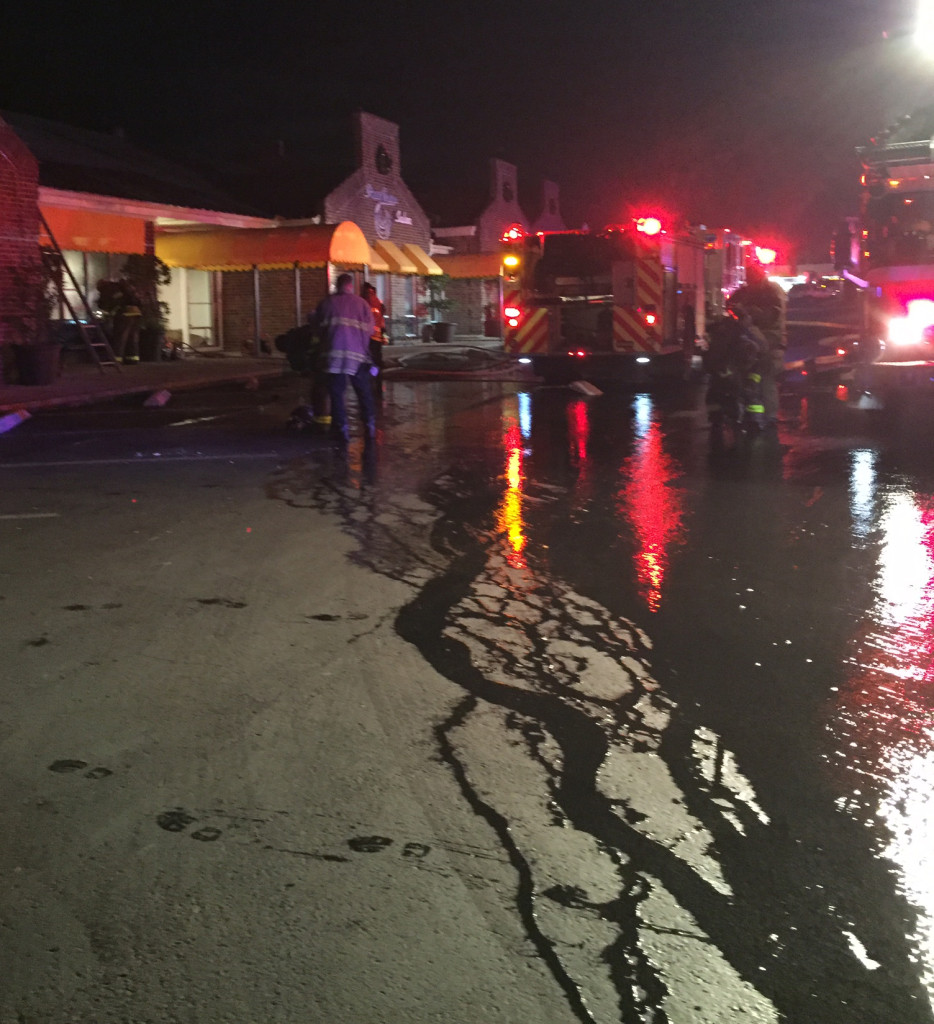 There was a fire at Carousel Court last night that severely damaged the space next door to the Studio, but the Studio itself escaped almost unscathed – hooray! We were alerted by ADT about 11:00 pm, and when we got there, we had to park across the street because 14 emergency units, including firetrucks and many police, filled the parking lot. There was a lot of smoke and noise – scary stuff. 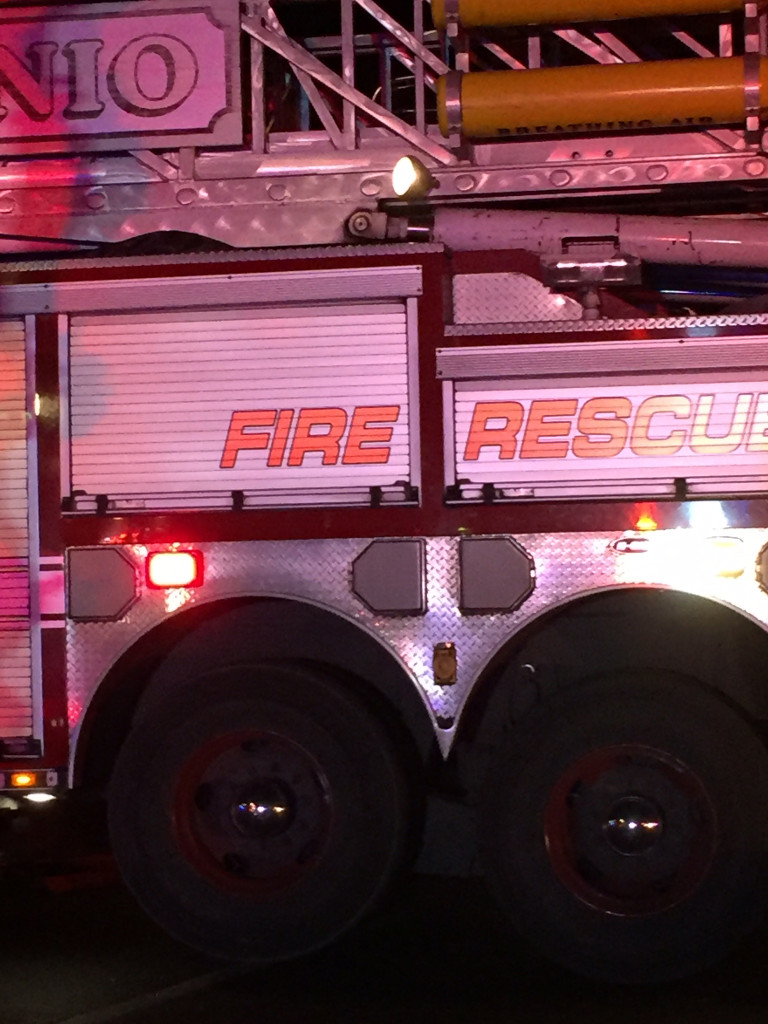 The fire fighters had to come down through the ceiling of the Studio to do their work, so they took out several ceiling tiles and a lot of insulation, then opened my door from the inside. That set off my alarm system. The fire was under control a little after midnight. The property management people were there immediately and are sending out a team to try to get rid of the smoke smell today. What saved the Studio was the concrete wall between the fire next door and my space – it kept the fire from jumping over. I am so lucky! 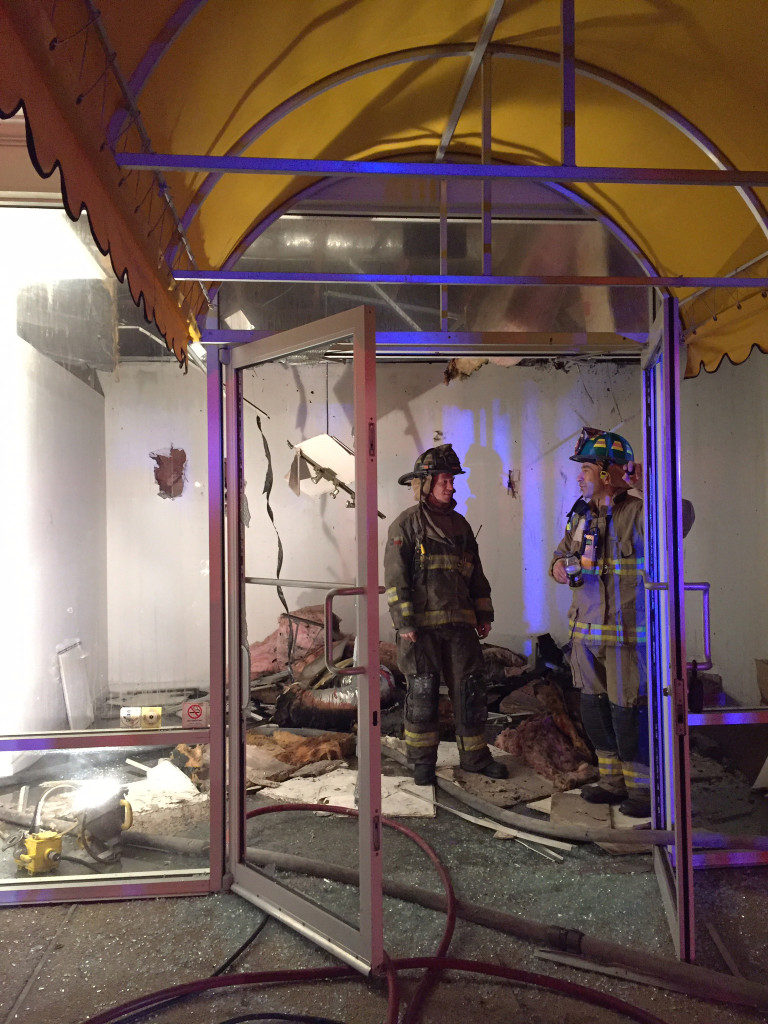 Unfortunately, my friends at Shear Image Salon on the other side of the vacant space were not so fortunate. They suffered heavy damage. Please send good thoughts their way. 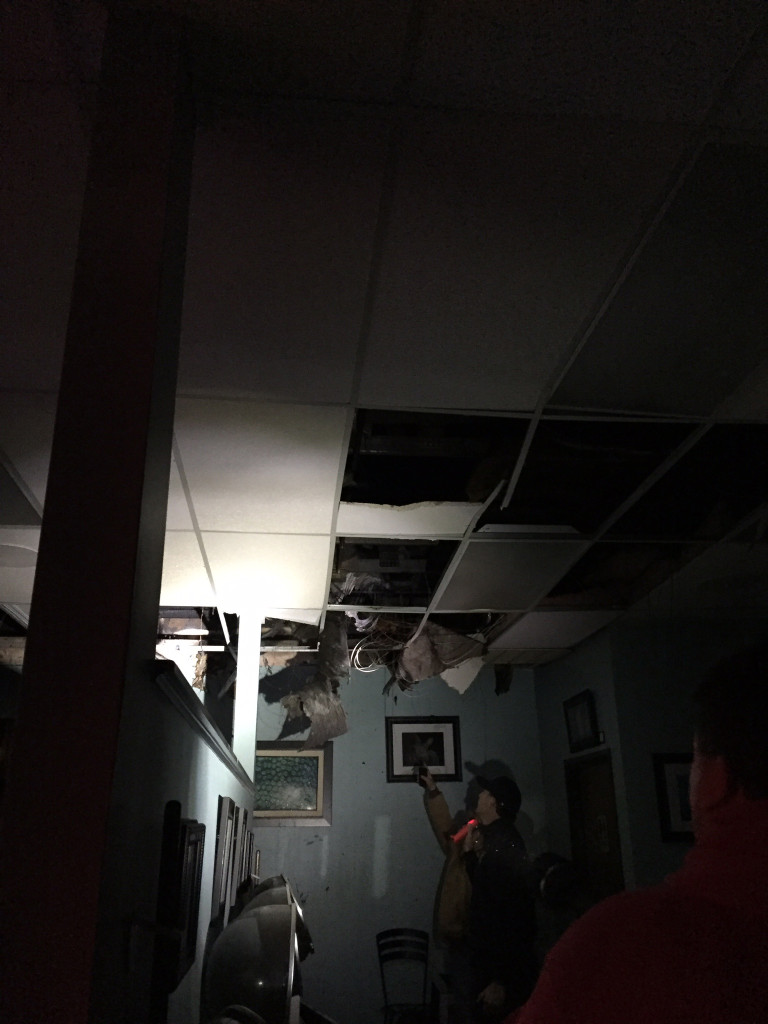 It will be business as usual after a little bit of clean-up today (there’s a strong smoke smell that the property management will take care of), and Clare O’Neill’s workshop this weekend should not be affected. I am profoundly grateful to the fire fighters who kept everything safe – they even stacked paintings up so they wouldn’t be damaged after they came down into the Studio.

Thanks to everyone who helped keep us safe. I’ll have an exciting story to tell you guys at the next Show and Tell!

Leave a Reply to Yvonne B Cancel reply