That was the question in yesterday’s workshop at the studio called “Postcards to Myself.”

It’s a new workshop, one that I designed to see if we, as artists, create unconscious messages to ourselves as we work on art pieces that combine random images and text. The small works that were produced were amazingly lyrical, and many did seem to have meaningful messages.

The project itself was done in seven stages on an 11×14″ sheet of archival matboard.

When the collage layers were complete, 4×6″ post-card size areas were selected with transparent plexiglass rectangles. Those were cut out, and then finished either with beeswax or acrylic mat medium. We even wrote notes to ourselves on the backs of our “postcards.” 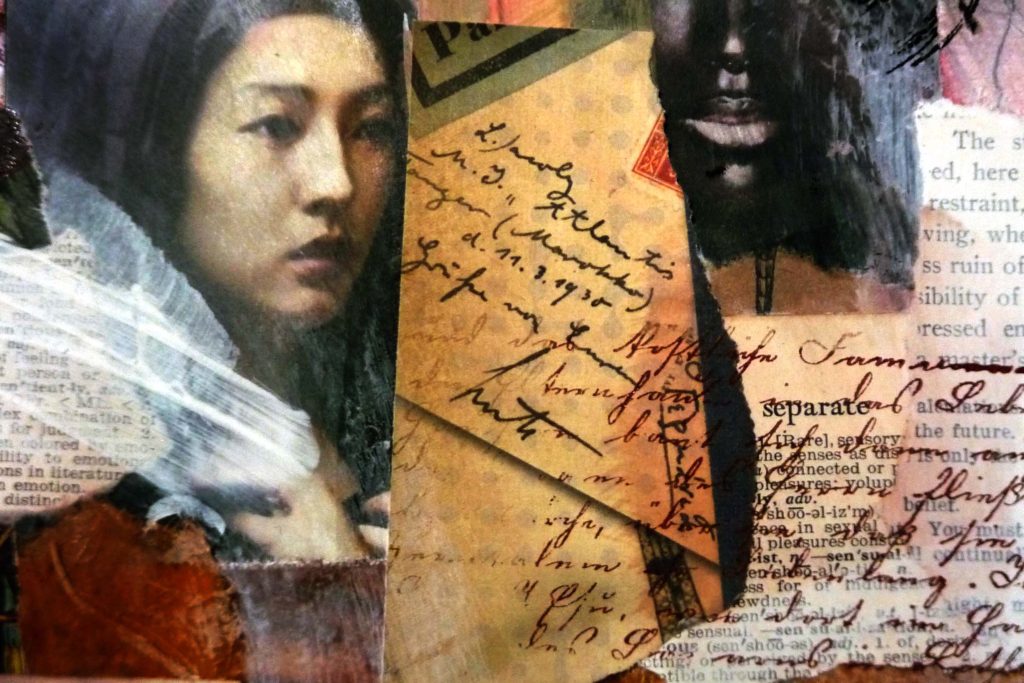 In the example above, this postcard-size section from the larger work shows faces from two different cultures and contains words such as “separate,” “restrain,” and “ruin.” It sounds like a trailer for a mini-drama! And yet it’s a completely coincidental juxtaposition within the larger collage.

We had such fun and learned so much from this project. I’ll definitely repeat it, and will probably create an eBook with with a list of materials and instructions. In the meantime, please enjoy the video from “Postcards to Myself.”

By the way, the first prototype postcard I did included text that said “eat one’s words” – so I was very careful about what I said during our critique! 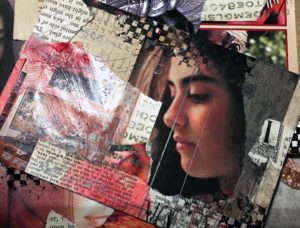 3 thoughts on “What do you have to say to yourself?”