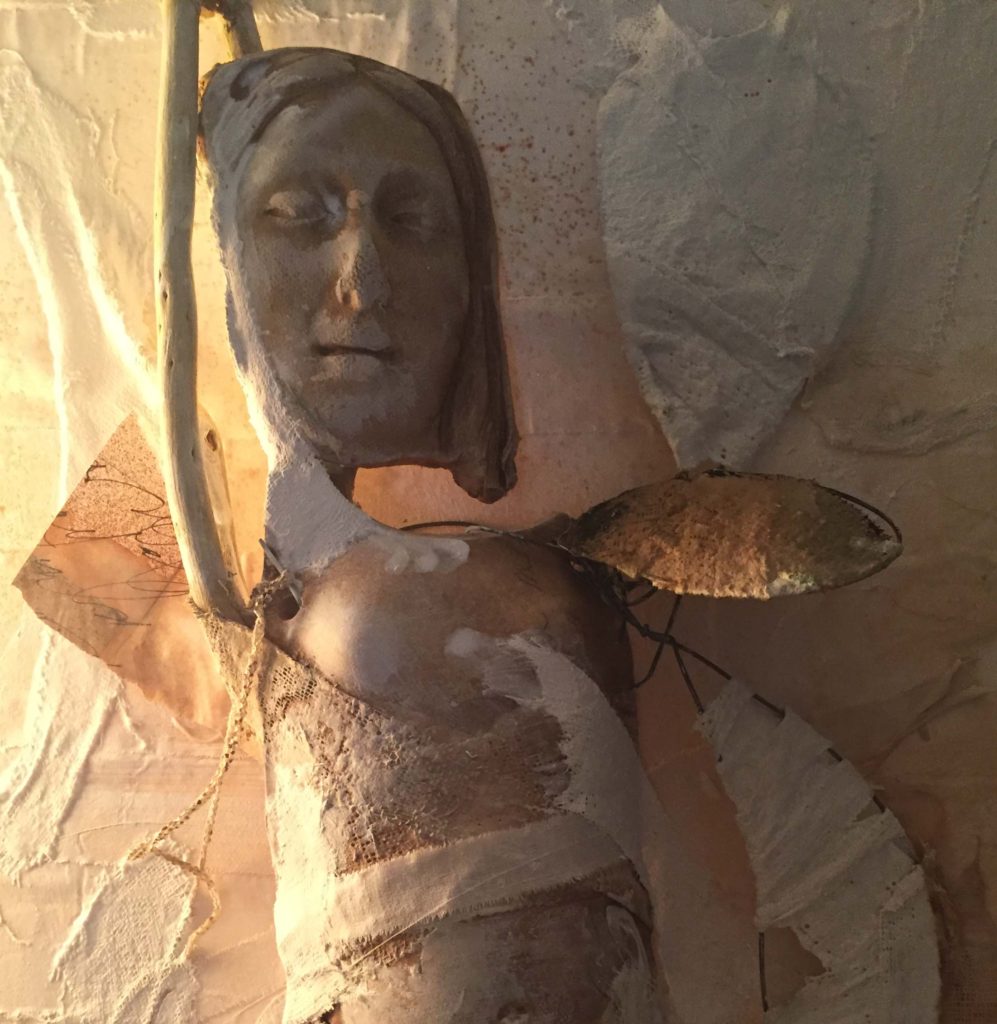 This mixed media work on canvas, titled “Nine Antlers” is my second entry for the Fiber Artists juried show. It has a compelling back story…….

In 1988, a team of archaeologists from the University of Texas in San Antonio excavated a burial site less than half a mile from where I live now. This is from the abstract of the study:

“The burials, identified as a Late Archaic component, were associated with two radiocarbon dates of 1920 B.P. and 2200 B.P. The burial practices of this time period as documented at this site include flexed burials of adults and children interred with a variety of grave offerings, including deer antlers, deer skull fragments, marine and freshwater shell ornaments, worked bone, ocher, a ground stone slab, and unaltered cobbles.”

One of the bodies was a young woman – here is her description: 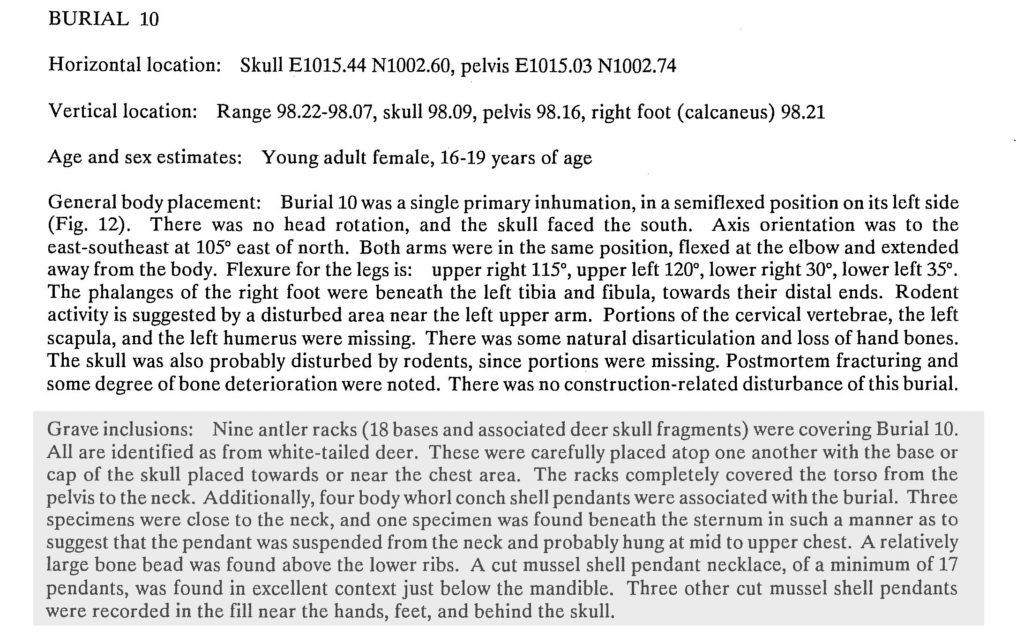 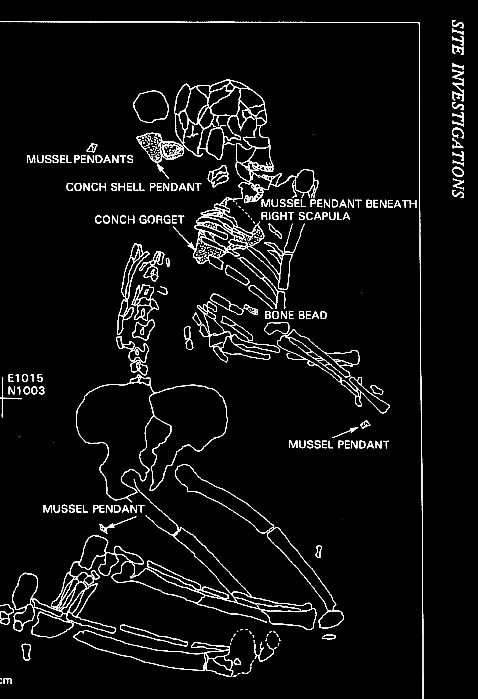 It’s impossible not to wonder what kind of life this young woman had in prehistoric Texas, just north of the Olmos Dam. I wanted to honor her by putting together clay shards with pieces of fiber and found objects that represented both her burial and her discovery. I named her “Nine Antlers” because of this description:

“Nine antler racks (18 bases and associated deer skull fragments) were covering Burial 10. All are identified as from white-tailed deer. These were carefully placed atop one another with the base or cap of the skull placed towards or near the chest area.”

Someone must have loved her a great deal to adorn her body with these ritually placed antlers.

I stared by looking through my clay components for a good match – not too pretty or defined. And actual antlers would be out-of-scale, so I did not choose them. 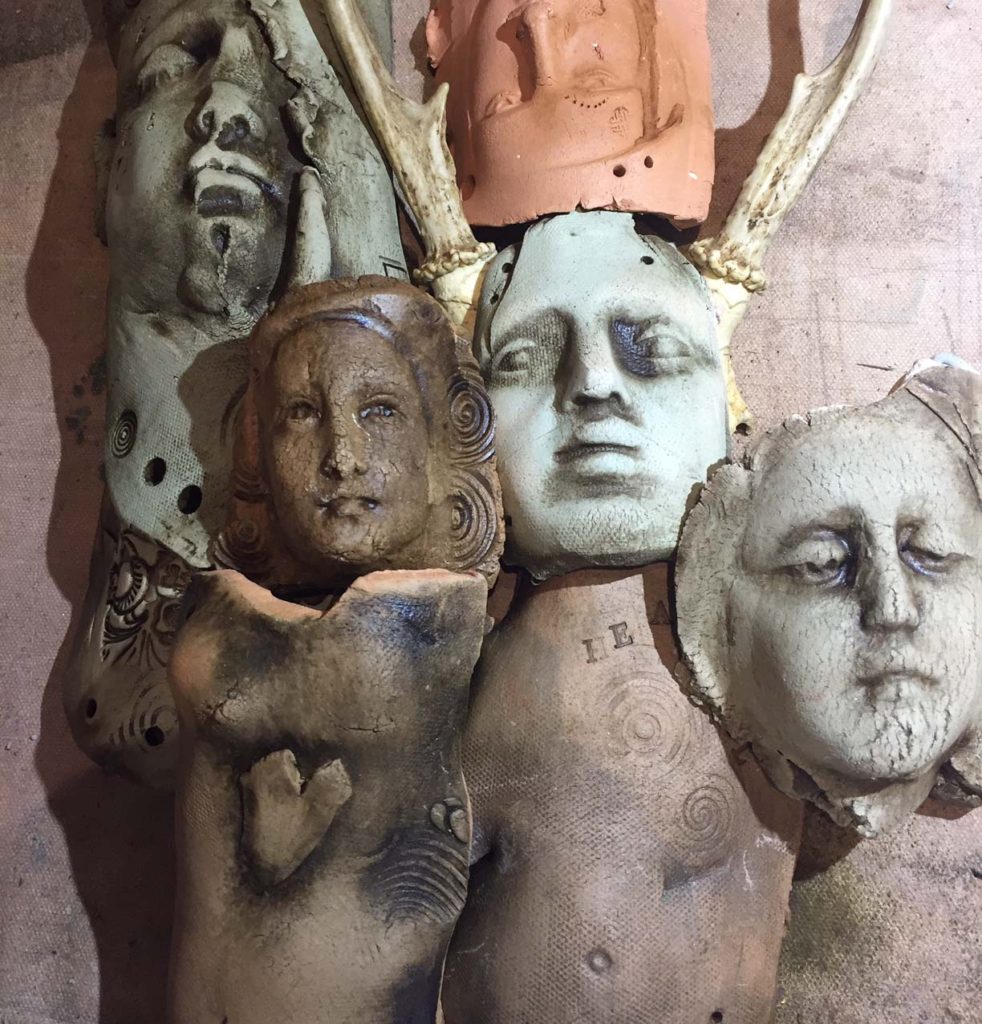 These terra cotta pieces, below, almost worked, but they were not “deconstructed” enough to fit the concept. 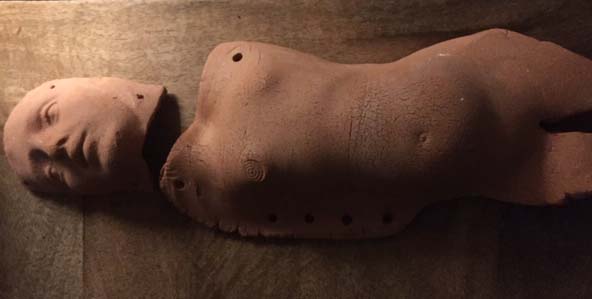 I settled on white clay for the head and body and added bone-white branches. I wrapped them together with plaster and gauze, rather like a bindings of a mummy. 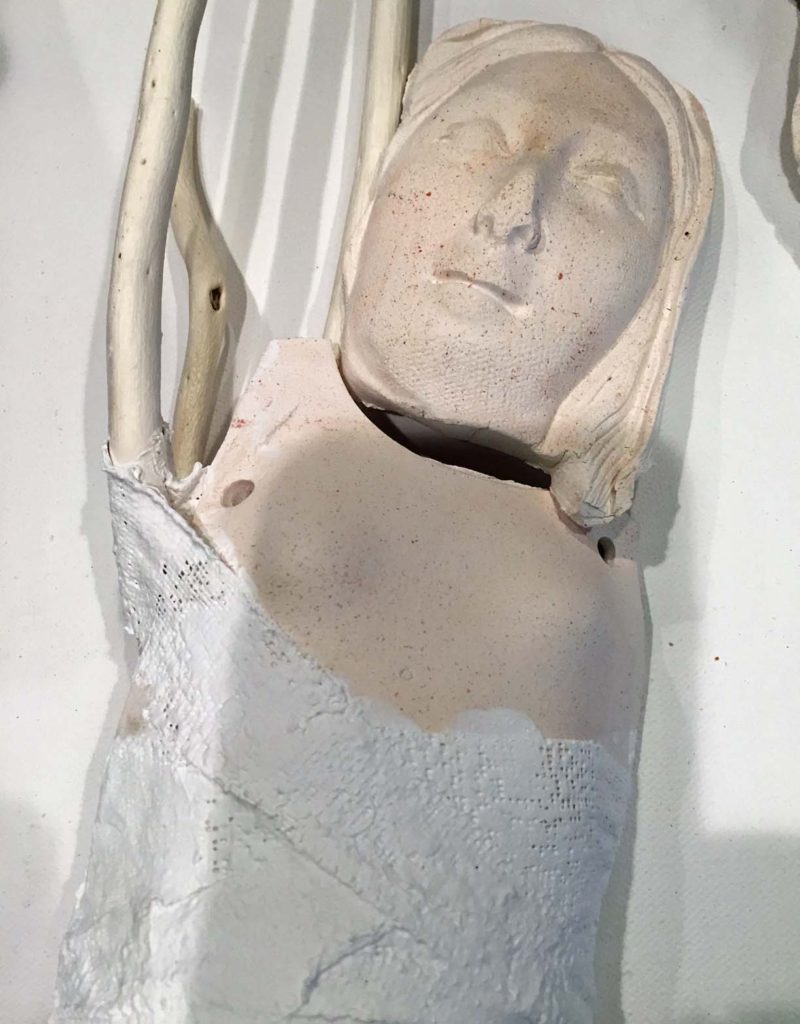 This is the first stage, below, with wire, wax and walnut ink added to the mix.

I covered a stretched canvas with linen drop-cloth strips, laid the figure on it, then partially covered the side with the fabric. 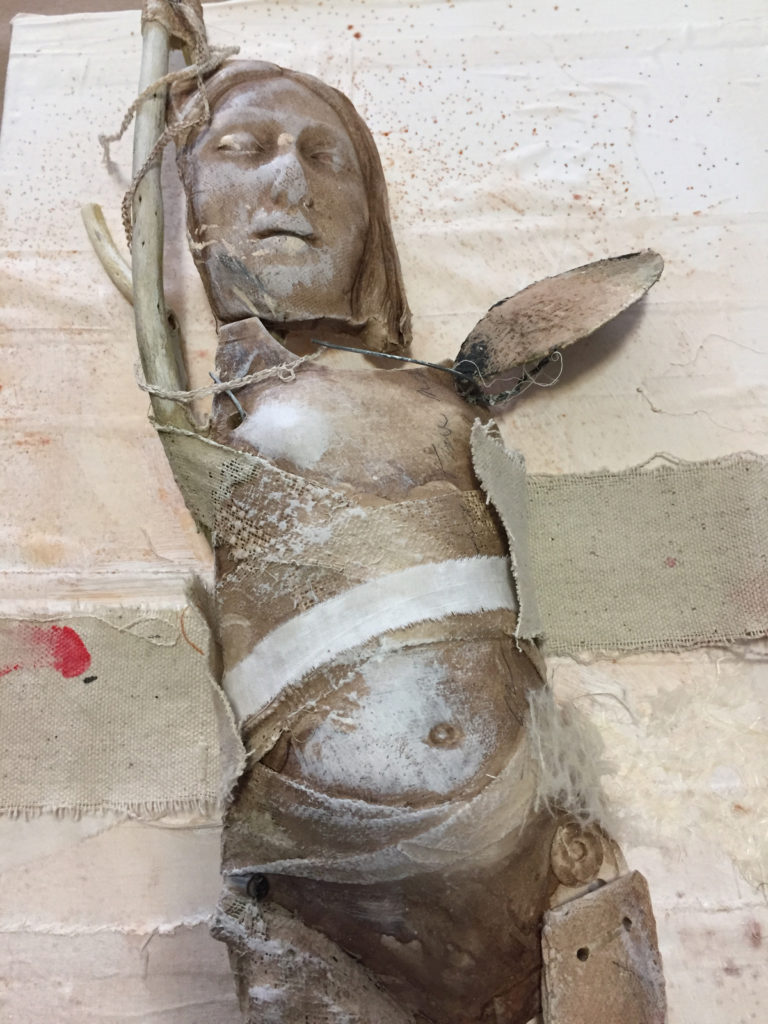 I kept adding linen strips and gauze, wire and plaster, wanting to both conceal and reveal the figure. The mixture of clay and sticks and fiber worked well.

Here is the finished piece:

“Nine Antlers” may be finished, but I want to continue working with this scientific narrative and perhaps do a series honoring the thirteen people who were buried and discovered here so close to my home. The materials I love – clay, fiber, bone, wax and pigment – lend themselves to this exploration.

I invite you to read this archaeological study, especially the details about adornments, traces of ochre pigments, and all of the other small gestures that connect us as humans across time. You can read the entire 1988 report about Nine Antlers and her people here.

Leave a Reply to Liz A Cancel reply