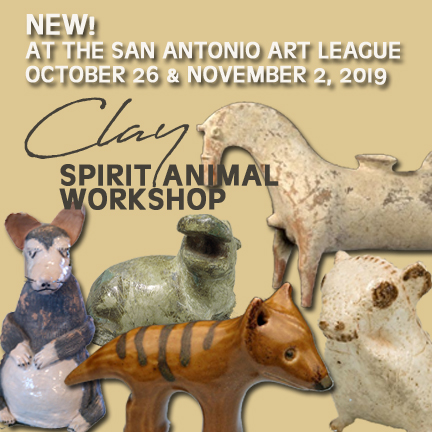 My friend Leslie Newton and I are teaching a Spirit Animal workshop at the San Antonio Art League tomorrow, and I’ve been practicing!
I chose to experiment with the “slab method” of construction. It’s just what it sounds like. You roll out a slab of clay and cut out a shape. I made a paper pattern of a generic beastie with a neck and four legs, rolled out the slab, then textured it with a cool spiral wooden pattern tool. 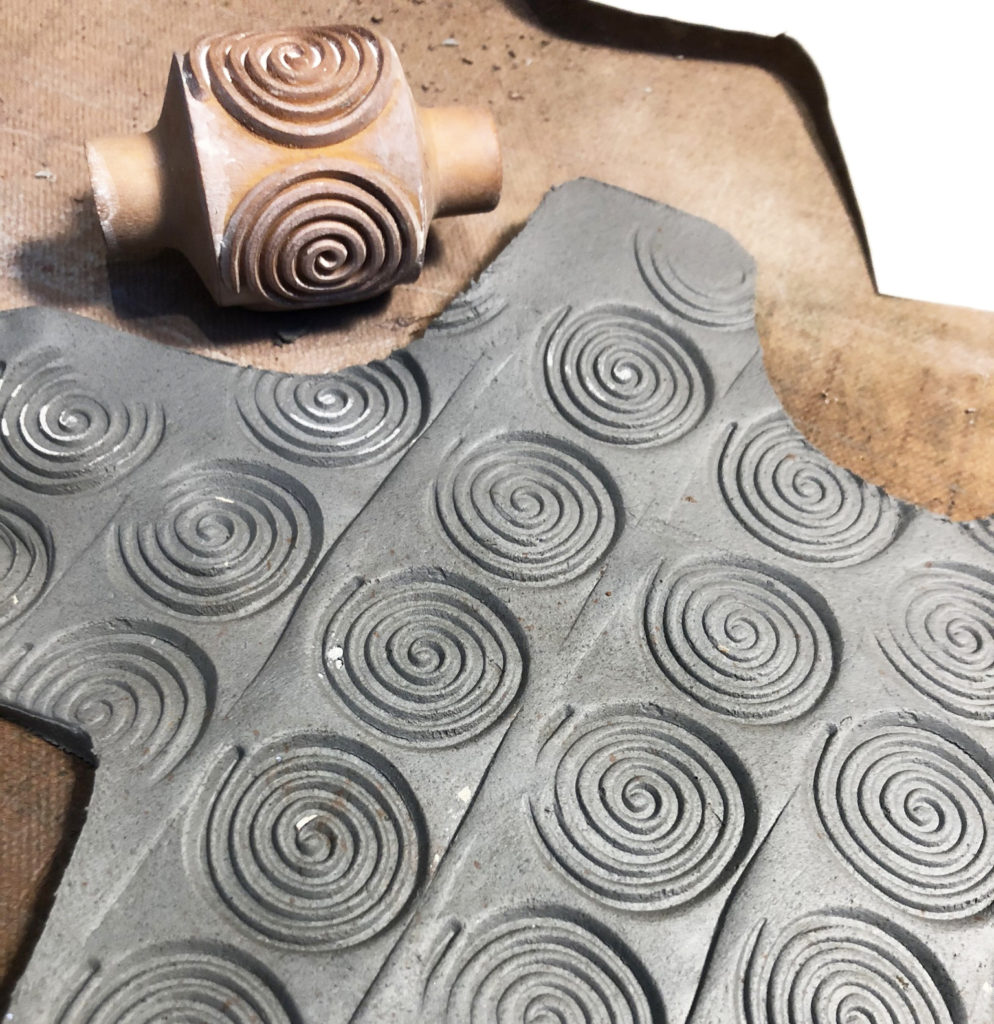 The clay was all floppy, so I invented the  Belisle Toilet Paper Roll Animal Hanger/Dryer Box and draped him over it to shape him up. Necessity is the mother of invention, and he was too wet to stand up on his own.
Here are two of his cousins in the dryer box: 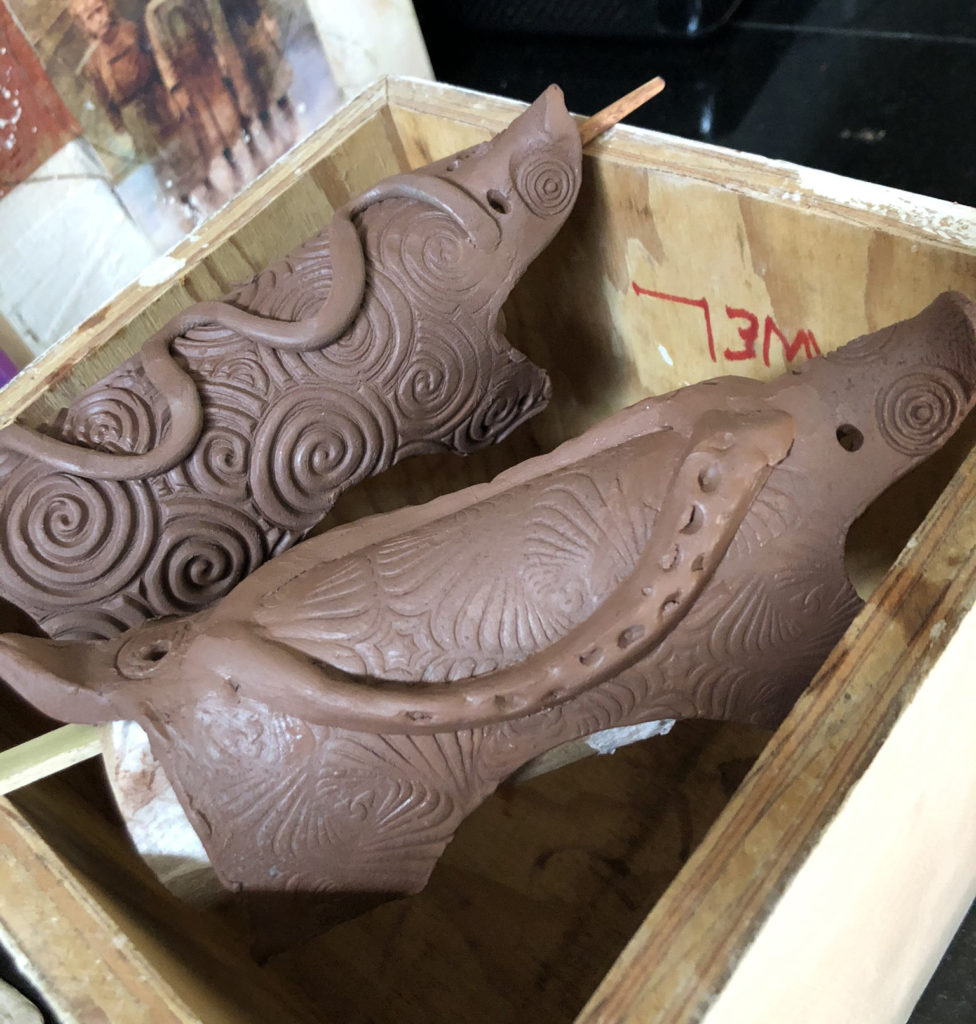 I used different methods of texturing the slabs – here is a rubber mat made for that purpose: 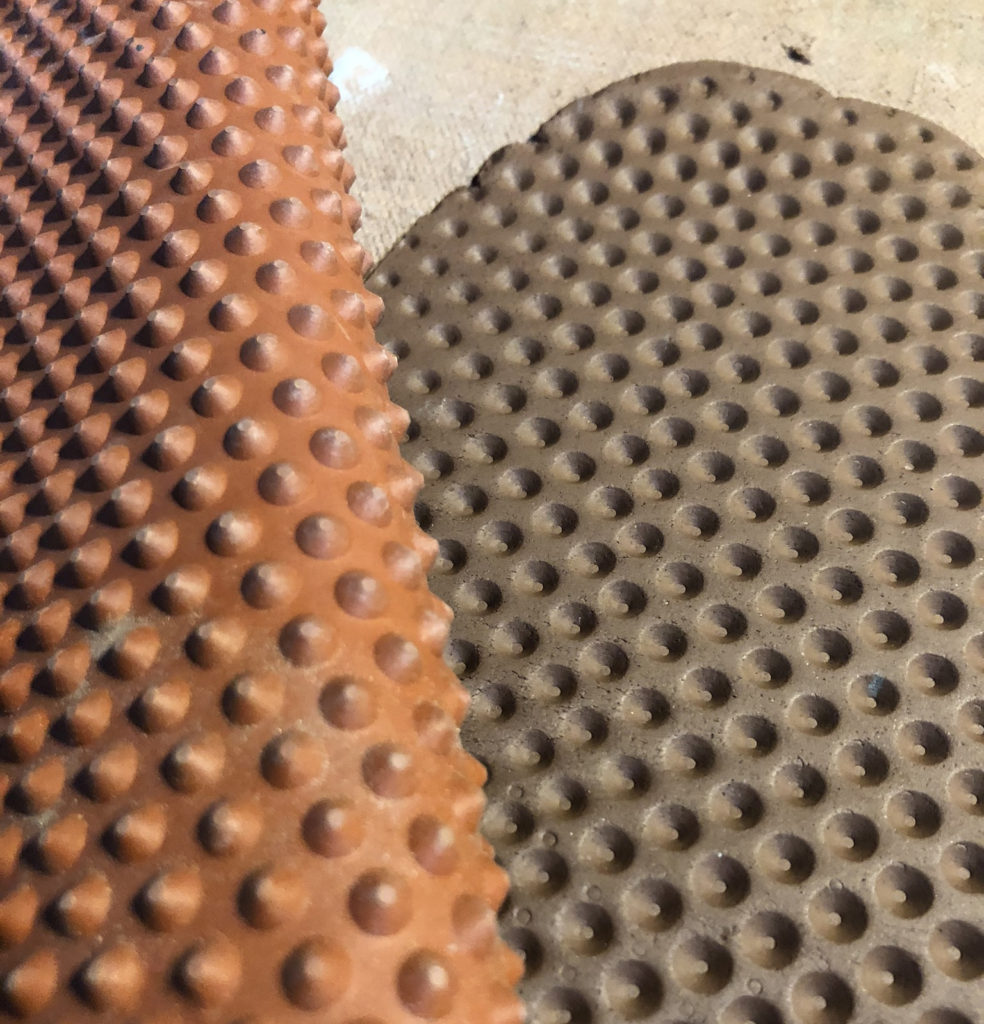 I cut out ears and tails to be attached later. 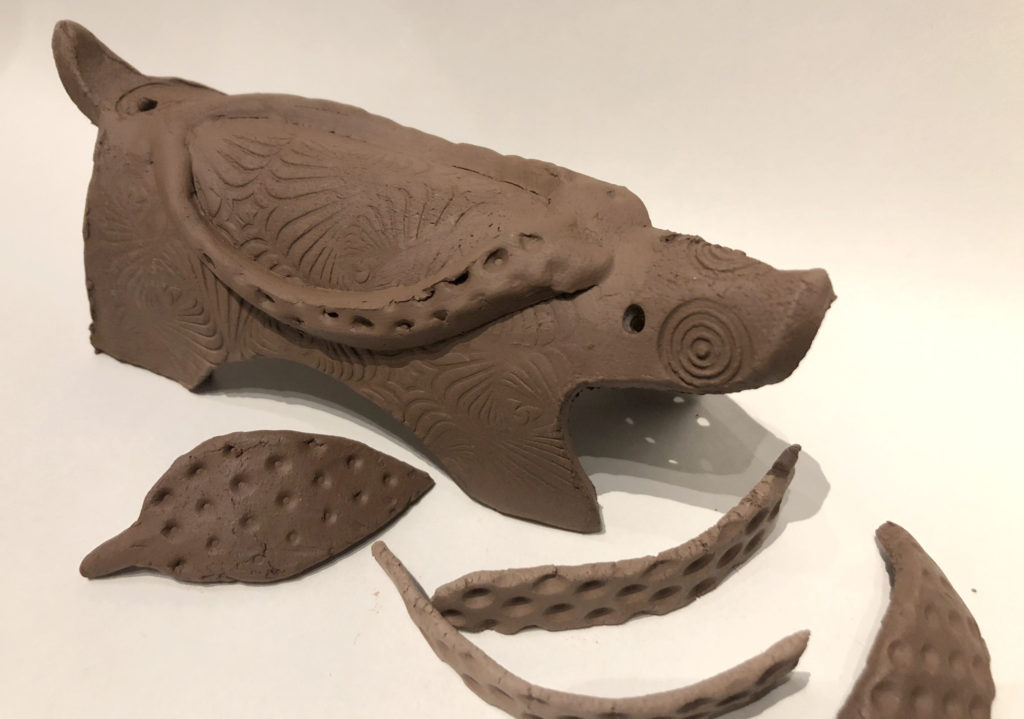 Everything was fired, and then assembled. I put walnut ink on this first fellow, and here is the result. 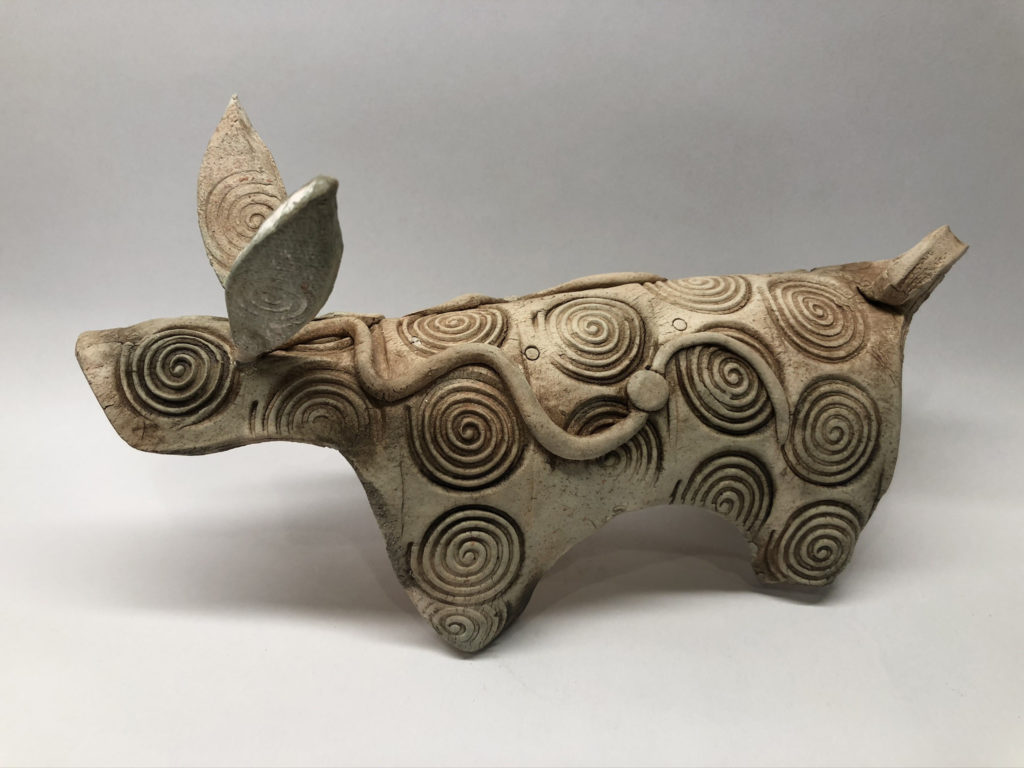 He’s whimsical and aardvark-like, and although don’t know what “spiritual characteristics” he might symbolize, he’s pretty cool. Now, onto the big question . . . . . .
*Why did I call this post “S____T Animals?”
Because that term is apparently very controversial. Here is a message I received from someone about the title and subject of this workshop shortly after I announced it:
Hi Lyn.  I just wanted to share this article with you, explaining why “spirit animal” is a harmful term. https://www.spiralnature.com/spirituality/spirit-animal-cultural-appropriation/
It was kind of a shock to realize that I was unintentionally indulging in serious cultural appropriation by using the term “spirit animal” which is all over pop culture. Living in San Antonio, we have such a blend of peacefully co-existing cultures here that I have truly not though enough about this.
What are your thoughts? It’s not a debate, just an enlightening discussion about how we can be more culturally sensitive in our art.