Yesterday’s Show and Tell at the Studio was a mixed-media extravaganza! Each presentation was unique, informative, and fun – and everyone there bounced ideas around like popcorn in a microwave (how’s that for a simile?). 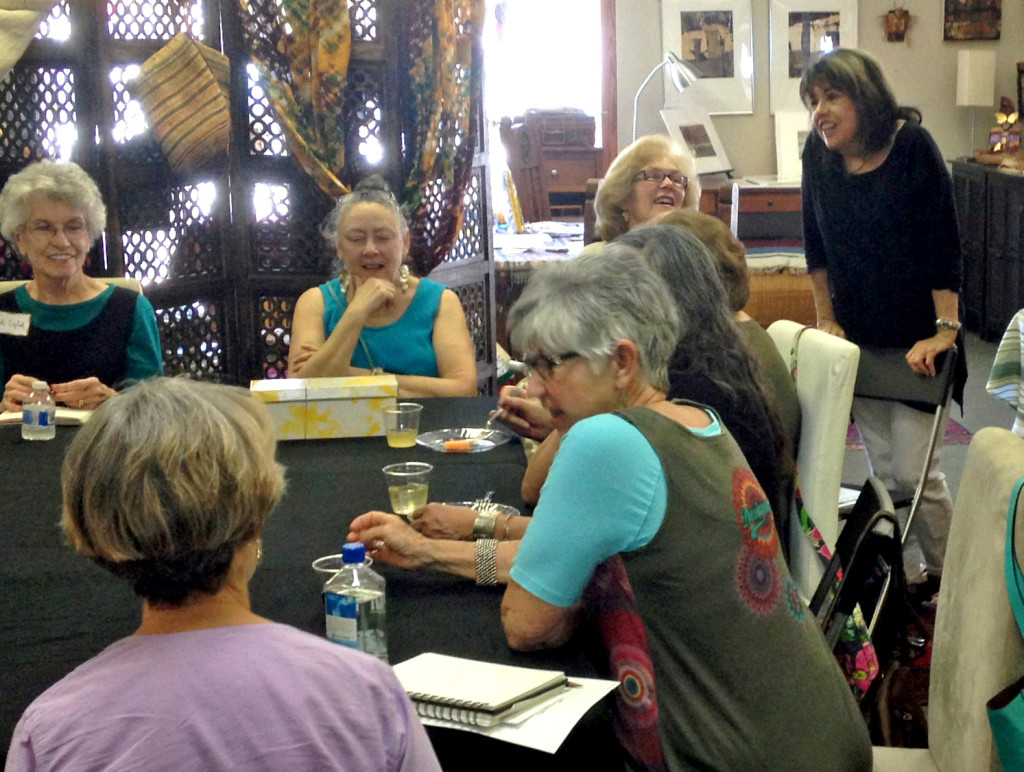 Some of the highlights:

So now that you’ve read the trailer, see the film! Here’s a short video of some of the great demos from yesterday, and the people who came, learned, ate, sipped and enjoyed the afternoon at Lyn Belisle Studio. Our next Show and Tell is May 30th from 2-4. Be there or be square and creatively unaware! 🙂