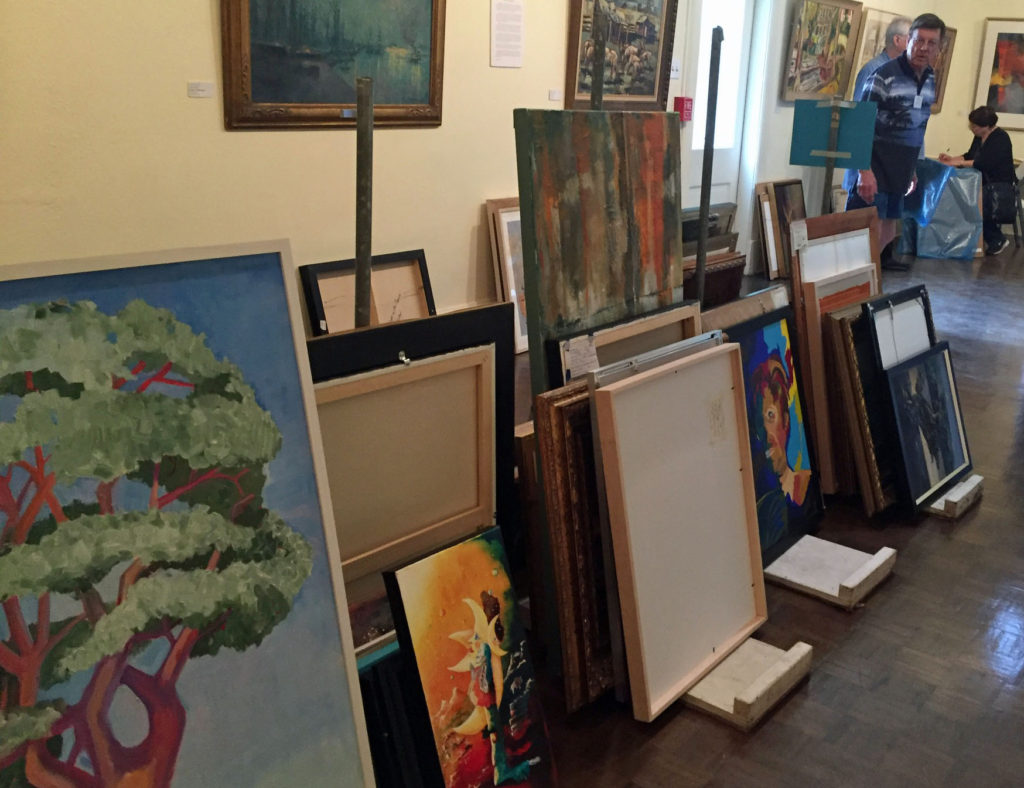 Friday and Saturday were super-busy days at the San Antonio Art League – there were a total of 351 entries submitted for the 88th Annual Artists Exhibition. From those, 65 will be accepted and 24 awards will be given. 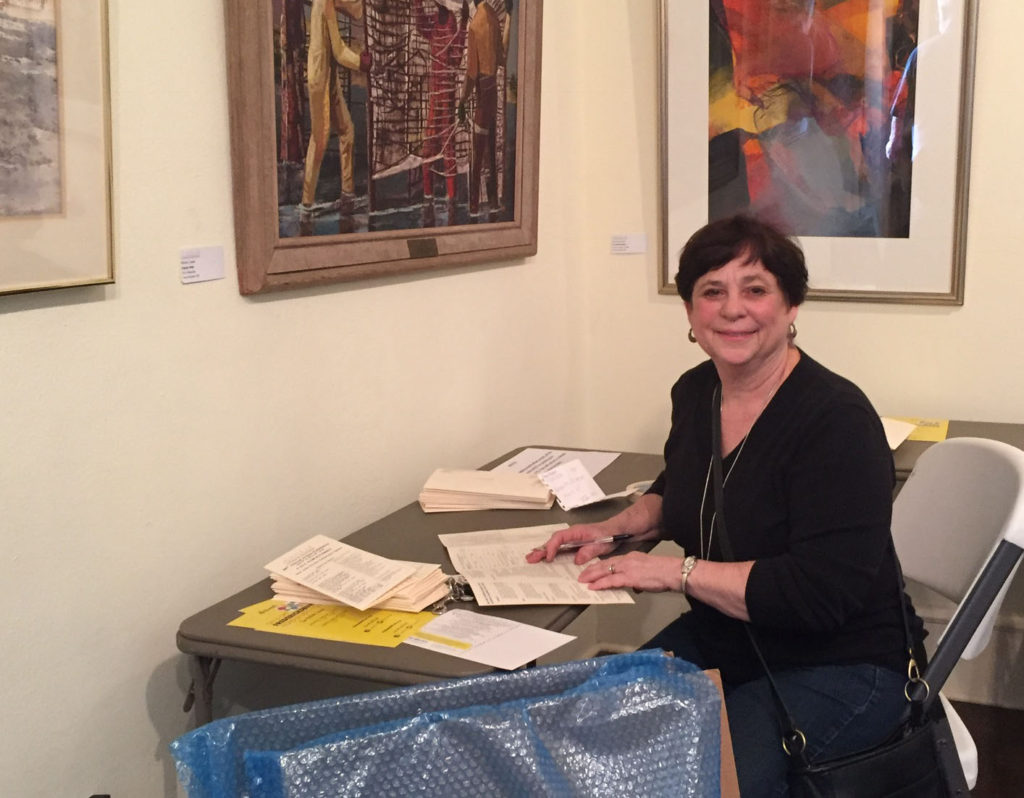 It was a huge workload for Juror Michael Ettema from Santa Fe, who spent Sunday (yesterday) making his decisions. Three members of the exhibition committee were there to help (and so was I, a presidential perk!), but the process was closed to everyone else. 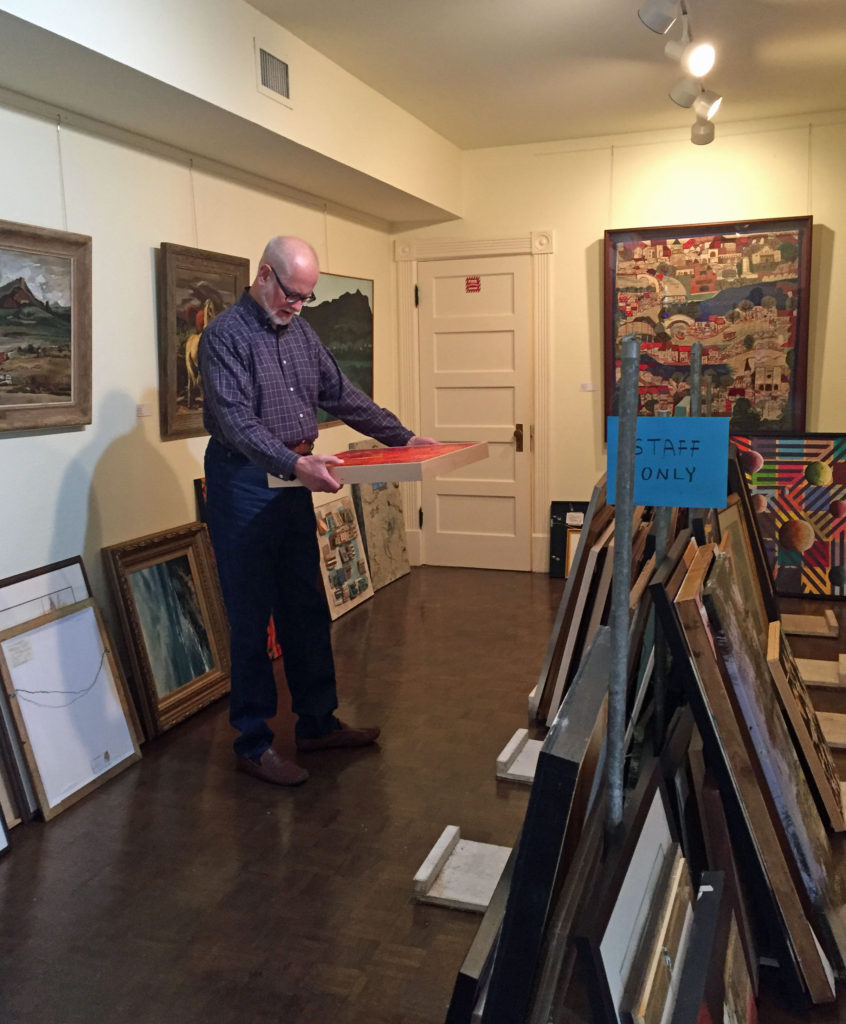 I got to be a fly on the wall as I watched and listened to Michael. He was amazing – fair and meticulous in his selections. I talked to him at our lunch break and found out that he has been involved in art since he was 16 – starting out as an intern at a museum in Dearborn, MI, and pursuing a career as a gallery manager, a museum curator and director, and a successful art appraiser. Wow. 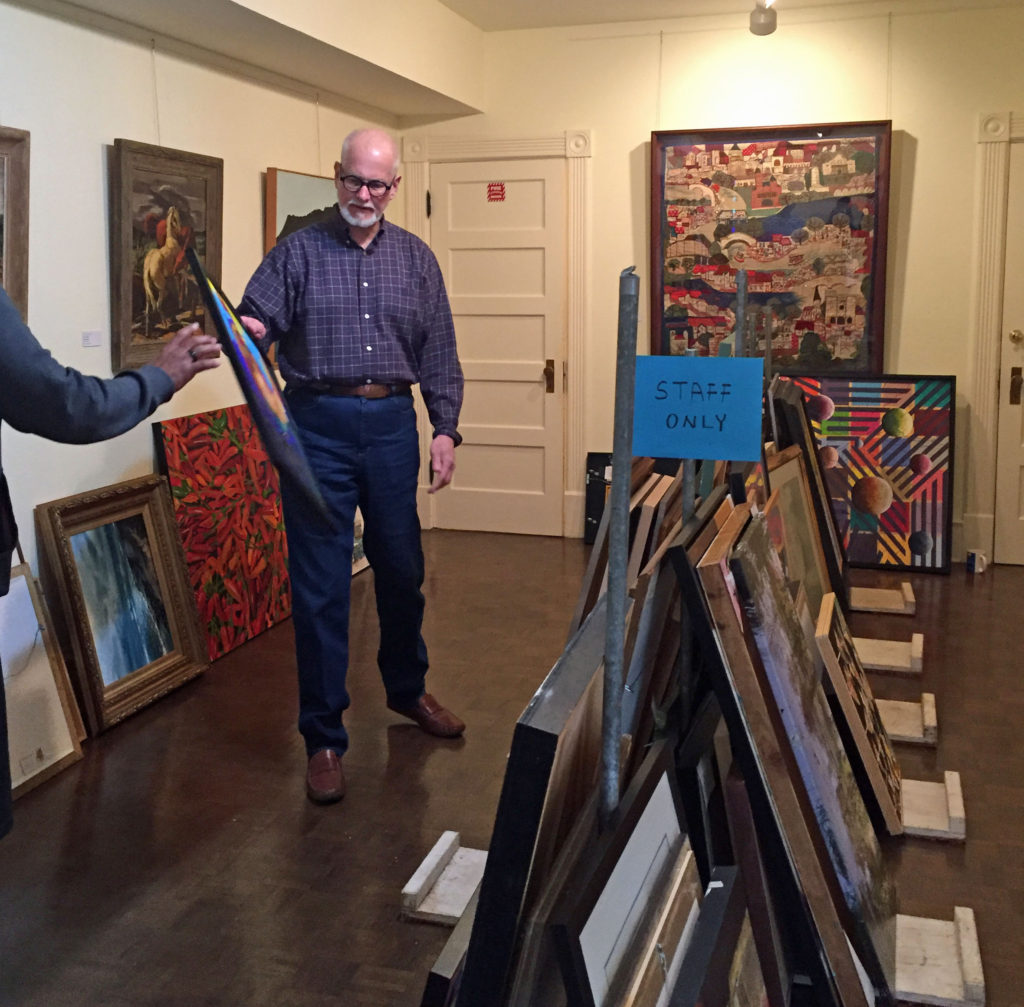 He made at least five rounds of selection, narrowing by about a third each time. Every piece received close scrutiny and constructive comments. He did take a break to take a walk around the King William neighborhood, but worked steadily through the day.

Once the final selections were made, he was left by himself to award the monetary prizes. And nobody knows who got those – not me, not the committee chair – just Michael! And he ain’t tellin’ 🙂

Last night, Bill and I hosted an informal dinner for Michael and the committee and Art League board. Michael explained his criteria for selection. Basically, he looks for an original idea that is carried out with confidence – concept and skill were the keywords. 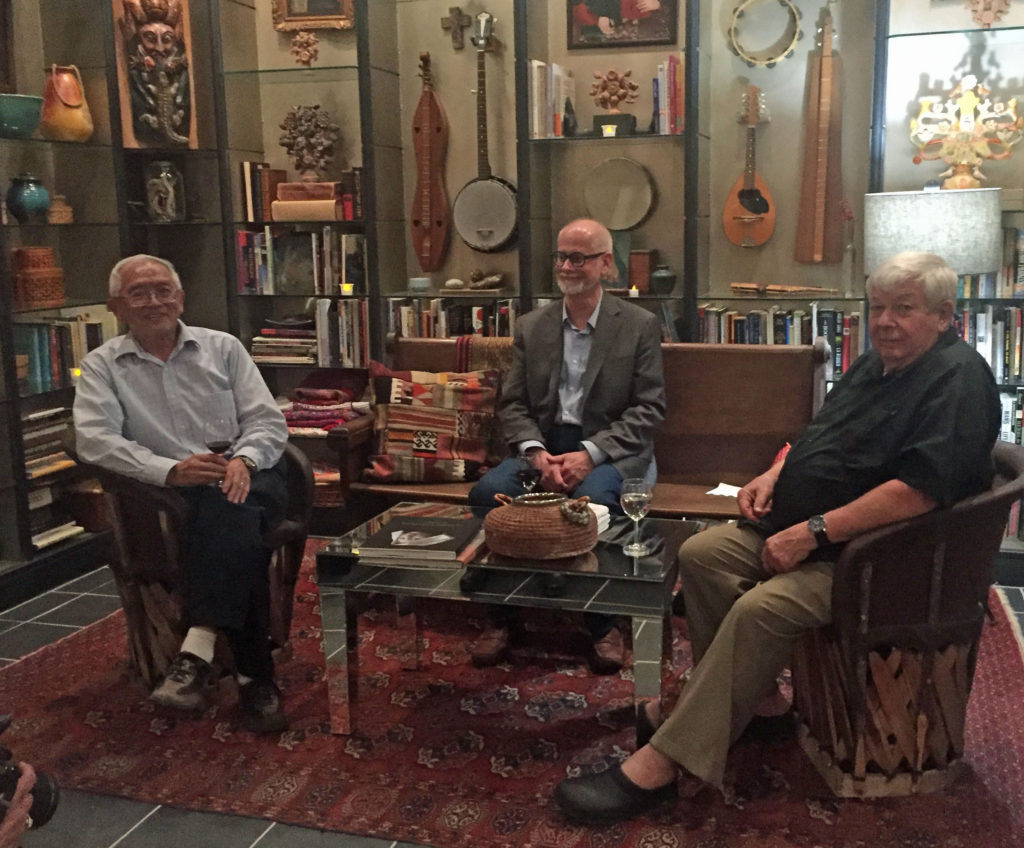 Michael Ettema is not the kind of juror who picks landscapes or portraits or abstracts or any other specific genre. He based his selections on what he observes regarding the artist’s purpose and how successfully that was conveyed.

Acceptance notices are going out today. Awards will not be revealed until the opening on April 15th. I will say this – if you were one of the selected artist, congratulations. It was a very competitive field. If you were not selected, know that your piece was expertly and respectfully considered by a truly knowledgeable juror and a nice guy, to boot!

Special thanks to all the artists who submitted. Henri Matisse said, “Creativity takes courage.” – It’s a risk to put your work out there for a juror. And special thanks to Francis Huang, committee chair (and wonderful artist himself) who found Michael Ettema for us. We know Michael has good taste, because he fell in love with San Antonio! I hope he’ll be back soon.