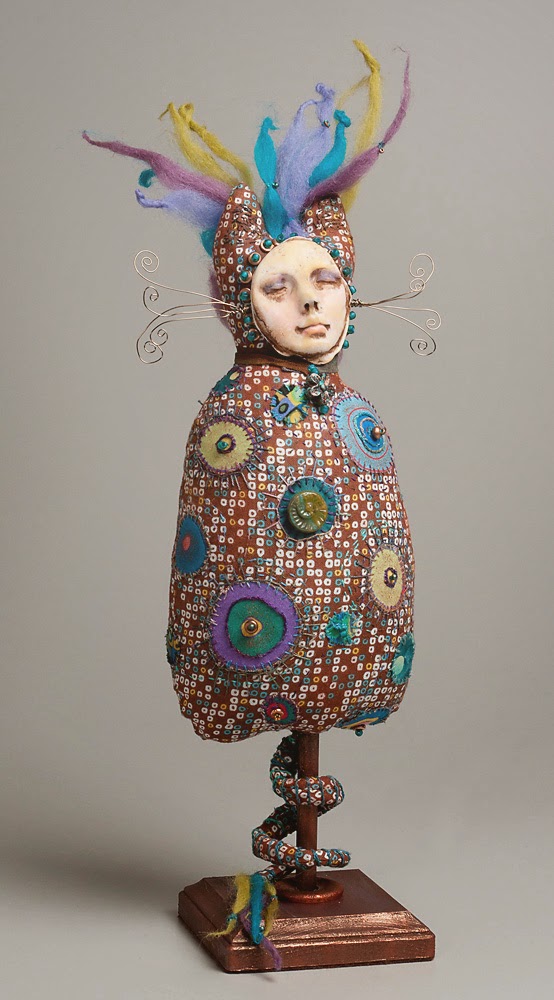 She Cat – created by Linda Rael, owned and cherished by Lyn Belisle

I know of no other artist whose works resonate in my heart as much as those of dear friend Linda Rael. Everything she creates makes me think, “Dang, I wish I had done that.” She incorporates animal bones and porcupine quills and rust and earth and tattered linen and other stuff that myths and magic are made of. I purely love her art! 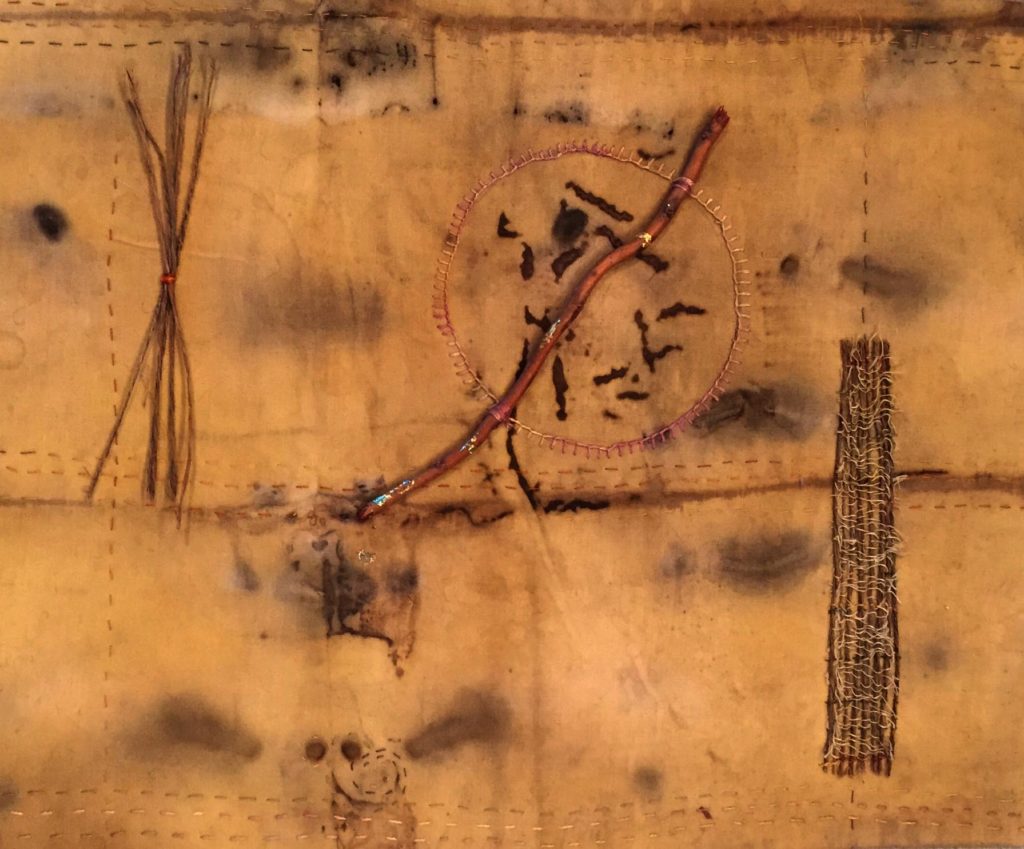 It’s been a dream of mine for several years to collaborate with Linda on a show, and recently, over a long lunch, we decided to go for it! We are calling this show “Earthworks” – it reflects a direction that we’ve both been exploring, going to ground, leaving behind bright color and adding elements one might find along a stream bed or sacred path. 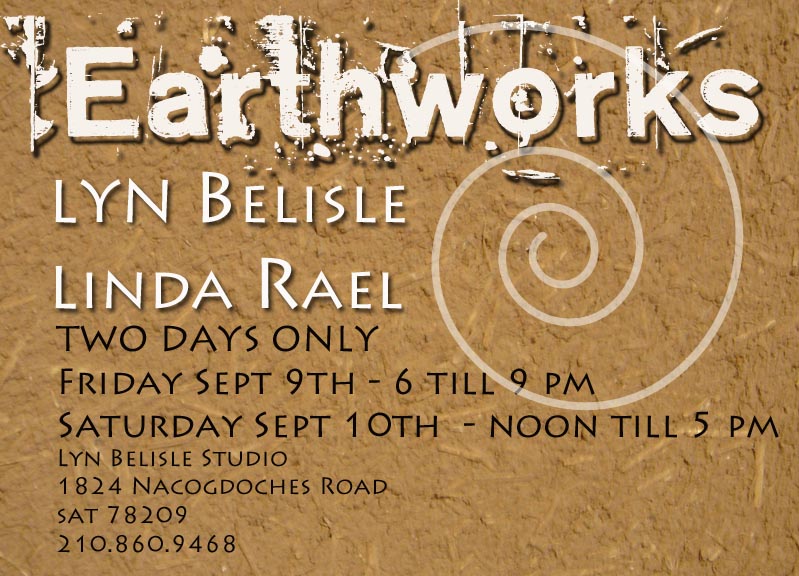 The works will be on exhibit at my Studio for just two days during the second weekend of September.

Many of Linda’s new pieces are fiber-based and hand-rusted with the natural patterns adorned and enhanced with hand stitching. My own pieces will be mostly sculptural, much like my neo-santo series, but less refined, more weathered.

Want to see a few sneak preview photos? Please take a look, then mark your calendar now because the availability of these works is limited to September 9-10 only.  You won’t want to miss this event – it’s always fun to visit the Studio, and I am thrilled that Linda is joining me in this amazing two-day exhibit called Earthworks. 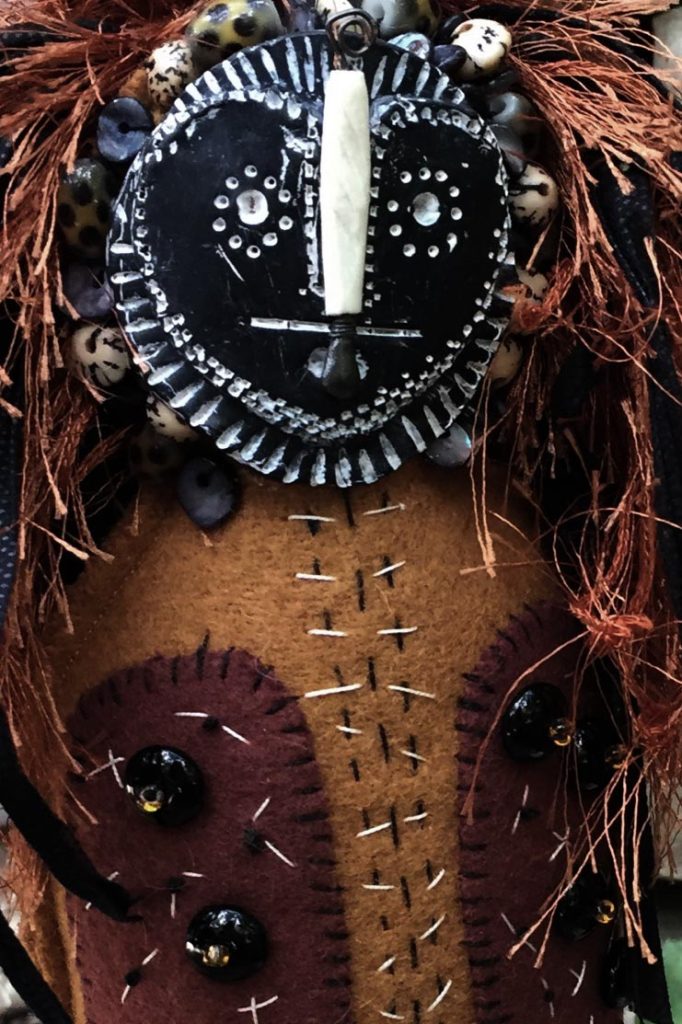 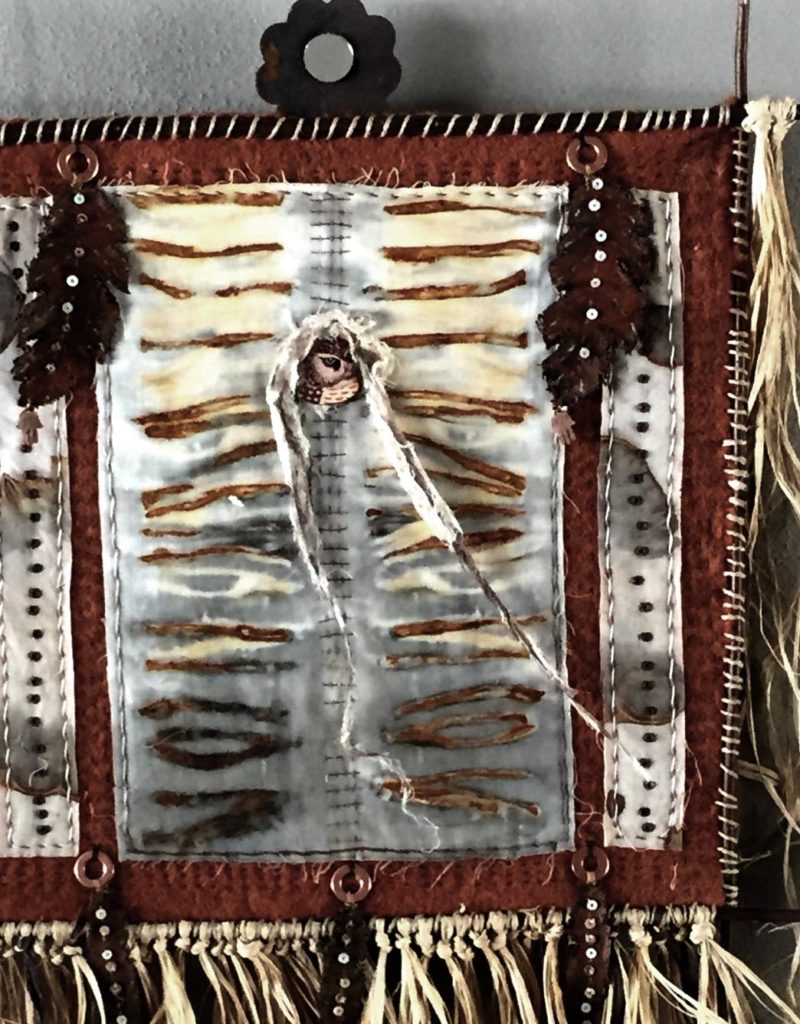 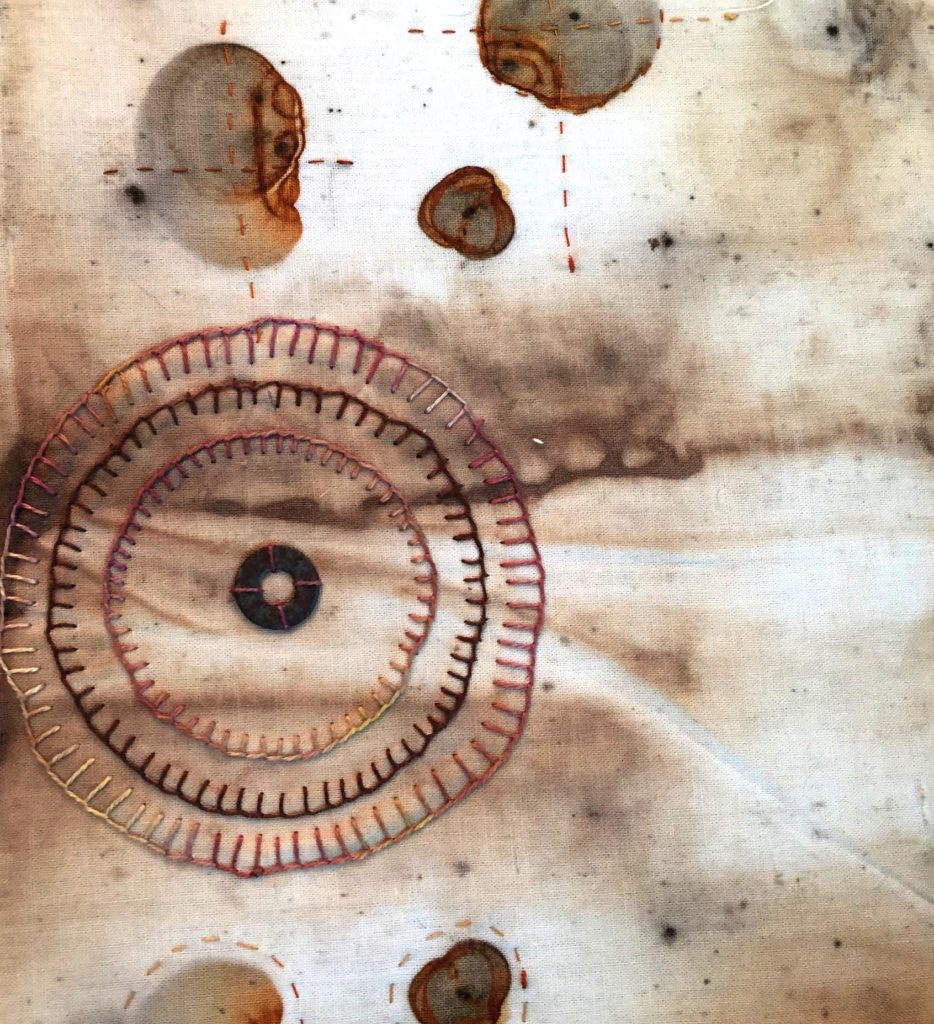 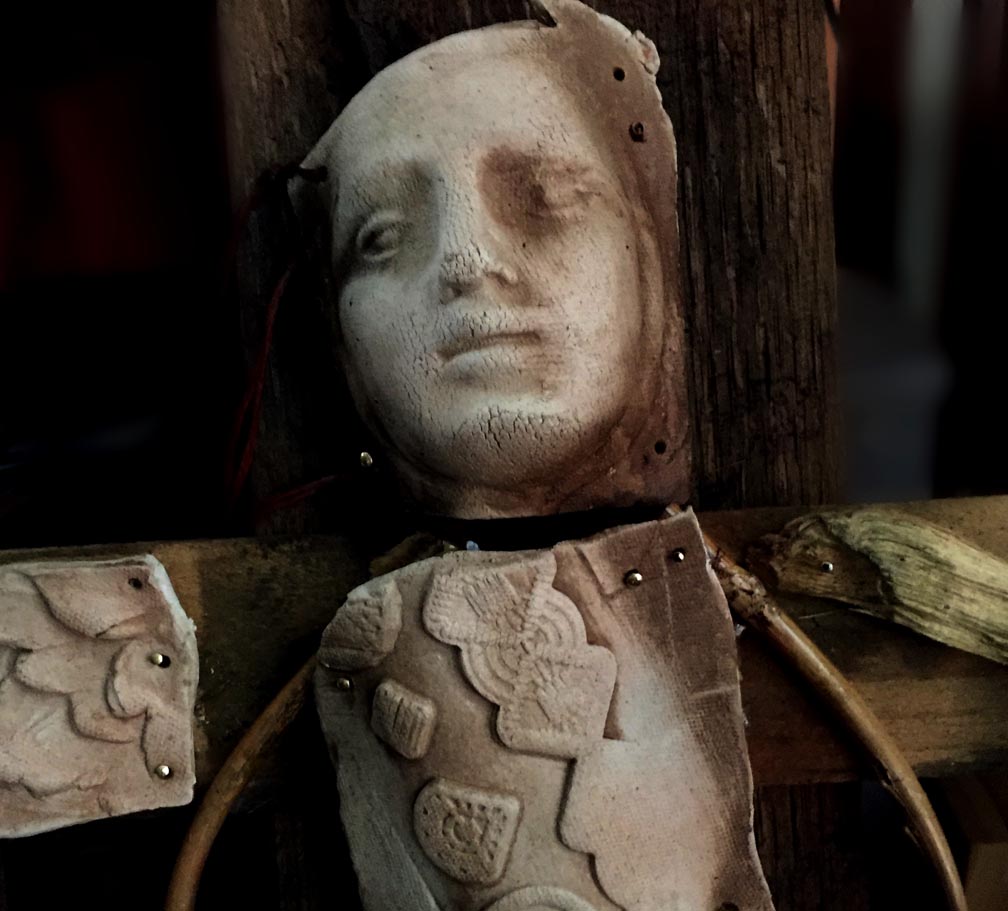 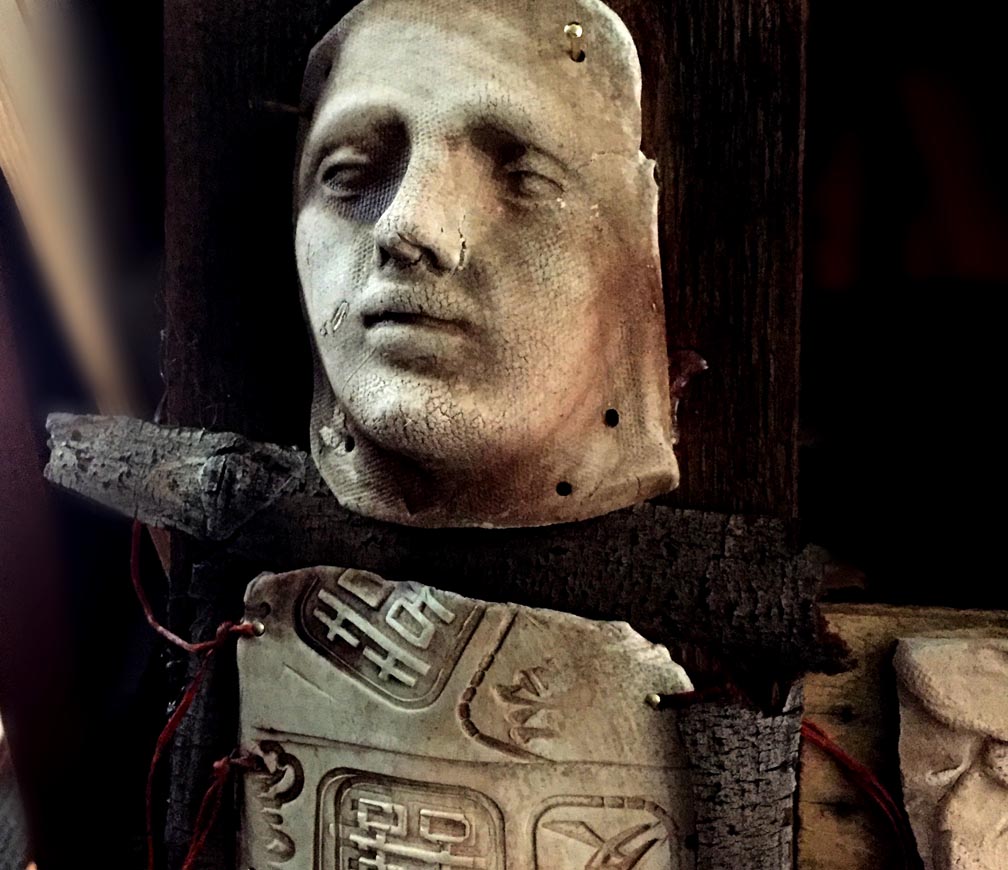