I am so excited about the new studio space! It should be open shortly after Thanksgiving, and I’ll tell you about the December workshop very soon. I spent yesterday lugging stacks of my old work and hauling new supply shelves into this lovely serene place of creative belonging. 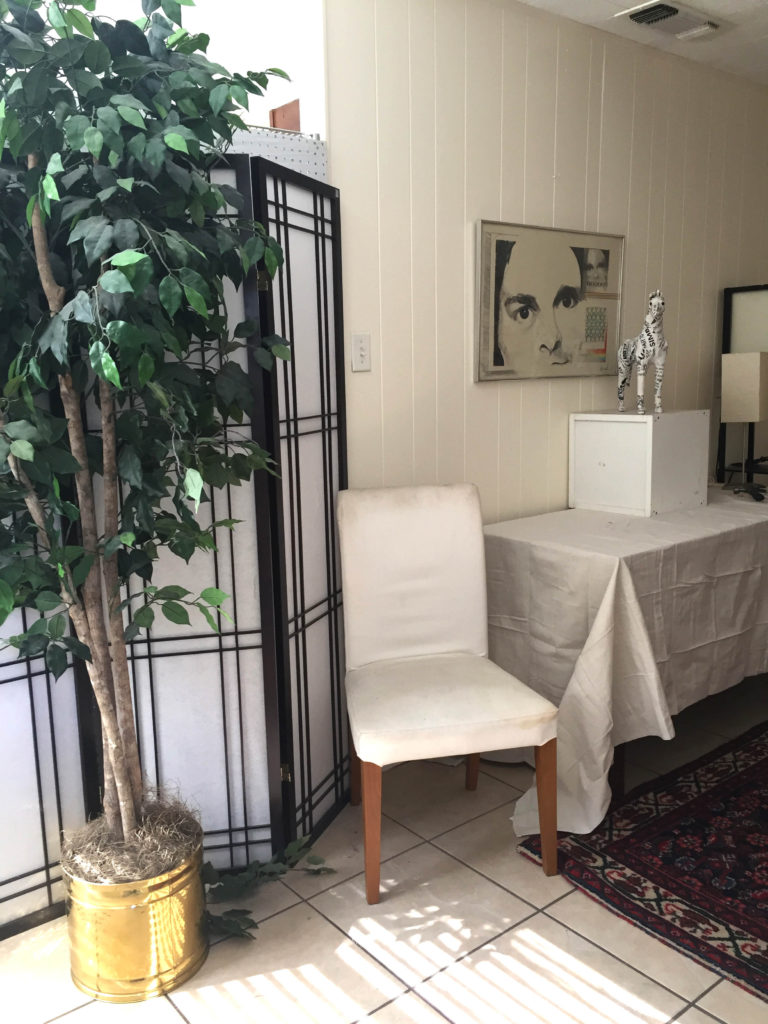 This whole year has been a tangle of change, fear, joy, sleep-robbing worry and  happy anticipation – all wound up into one giant hairball. But part of the useful stuff that I extracted from the hairball was a look at what has changed in my artwork and what has stayed the same.

Interestingly enough, my art has sorta circled back to a similar place that I was in 2011. At that point,  I was working with Renaissance images of women’s faces in collage with some dimensional elements – this piece is titled “Shutter Speed,” and it was in one of my first shows at La Vida Gallery. 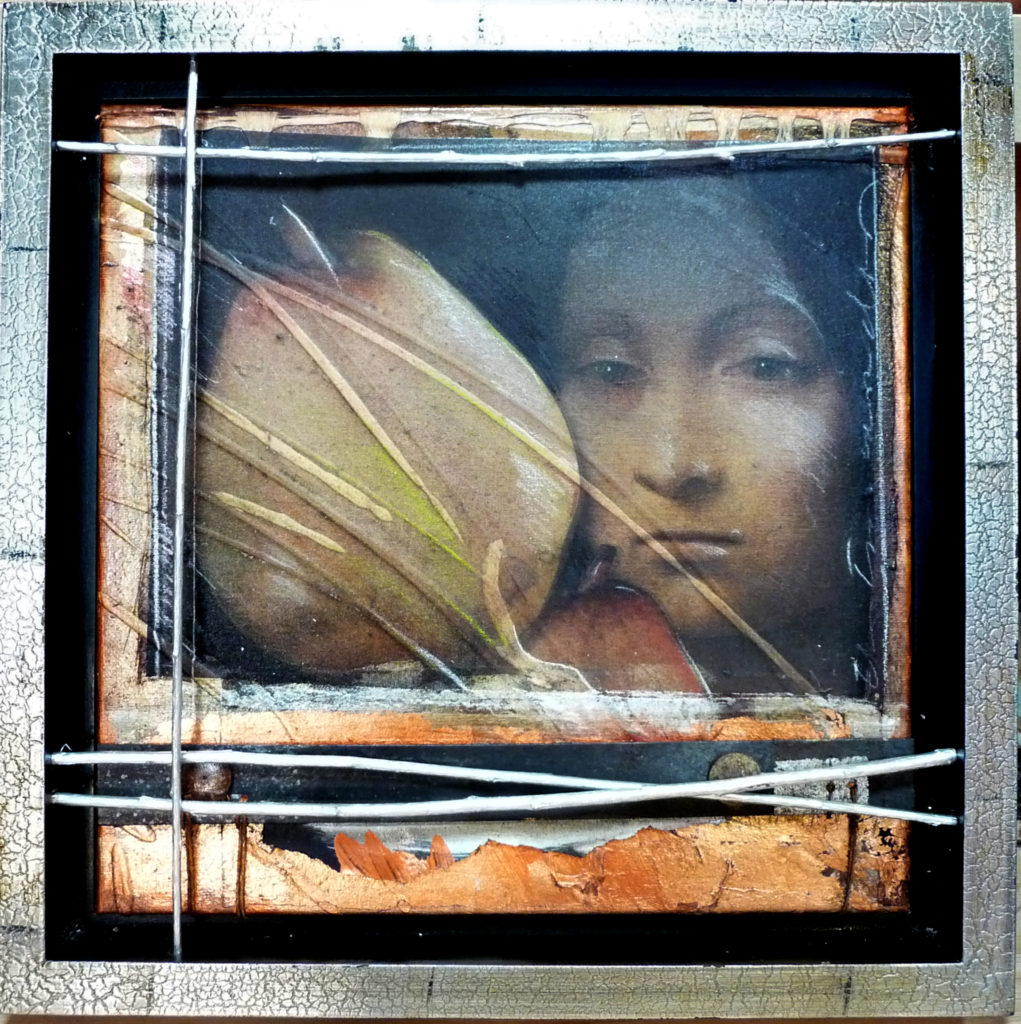 After that, I decided to begin combining three-dimensional faces rather than images of faces into assemblages. This series was called Encantos. 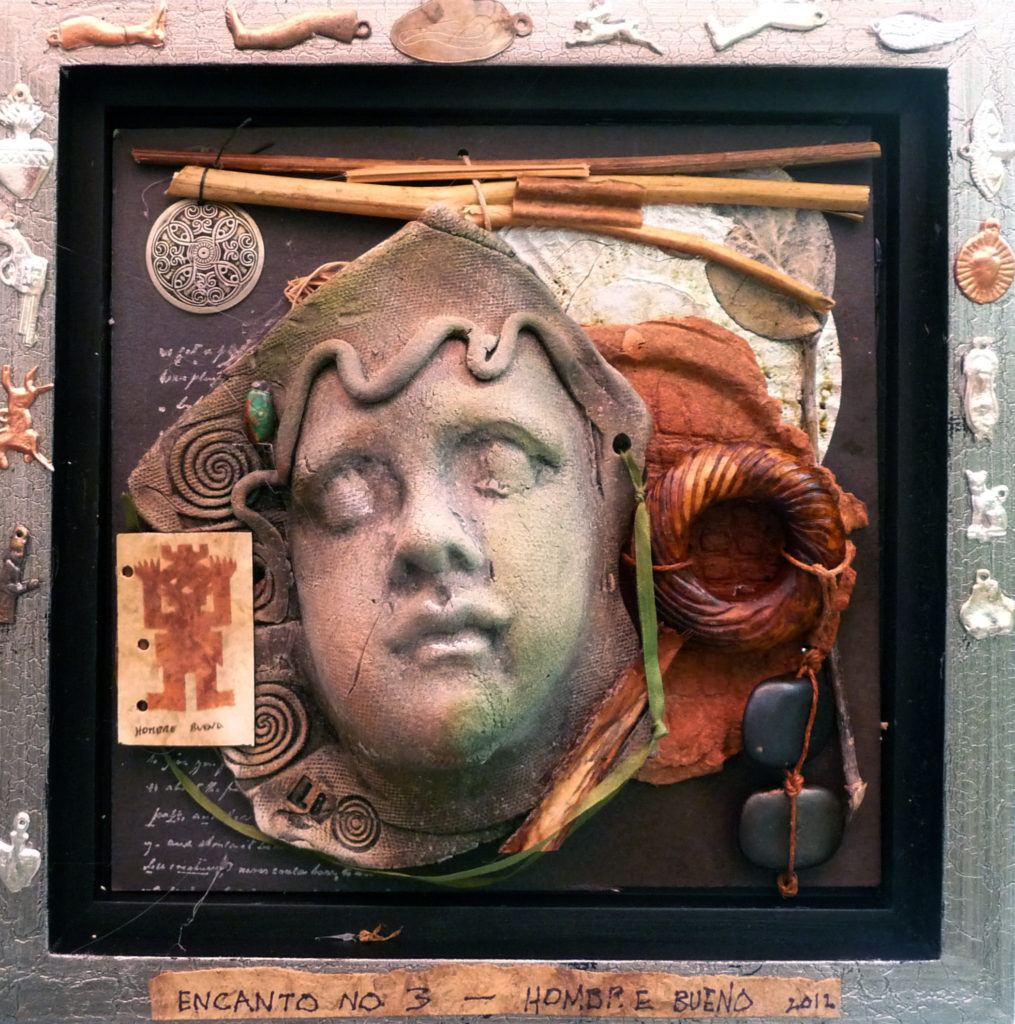 When I worked with Gwen Fox in Taos, I wanted to use the same idea as part of an abstract painting. 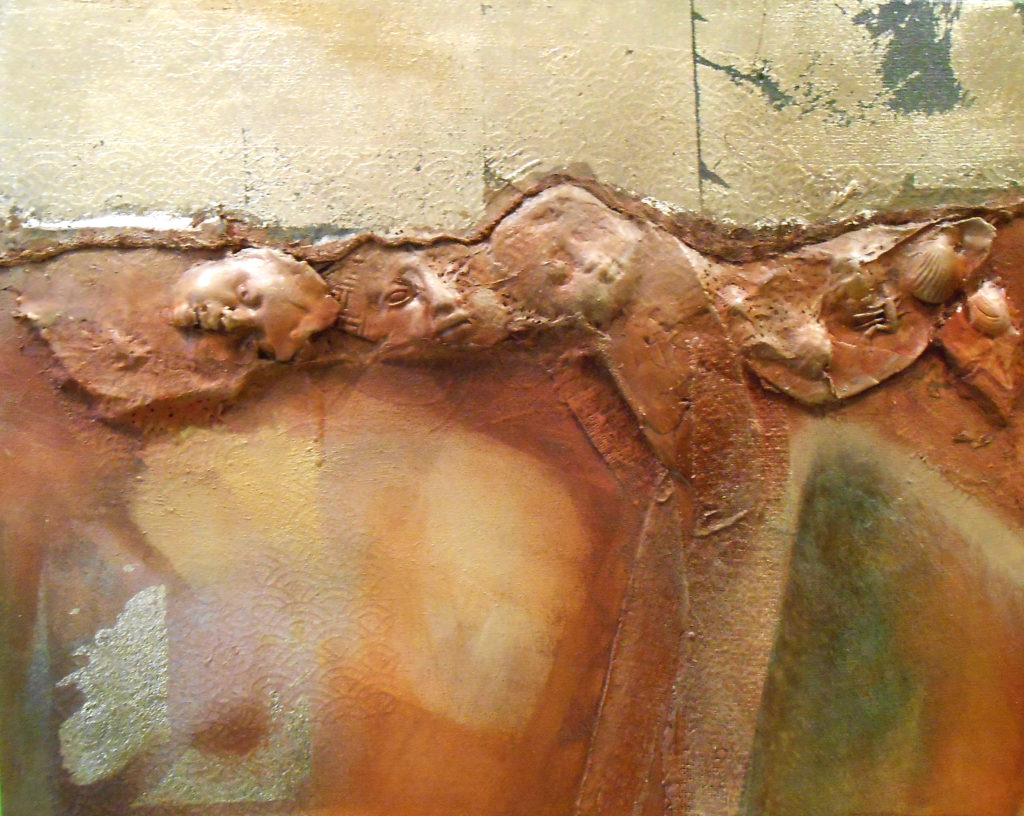 And then, abandoning the faces, I wanted to work in a purely abstract manner on canvas (but notice that the colors and the “feel” are similar). I brought circles and geometric shapes into this painting (those seem to follow me everywhere). My friend Ramesh owns this piece. 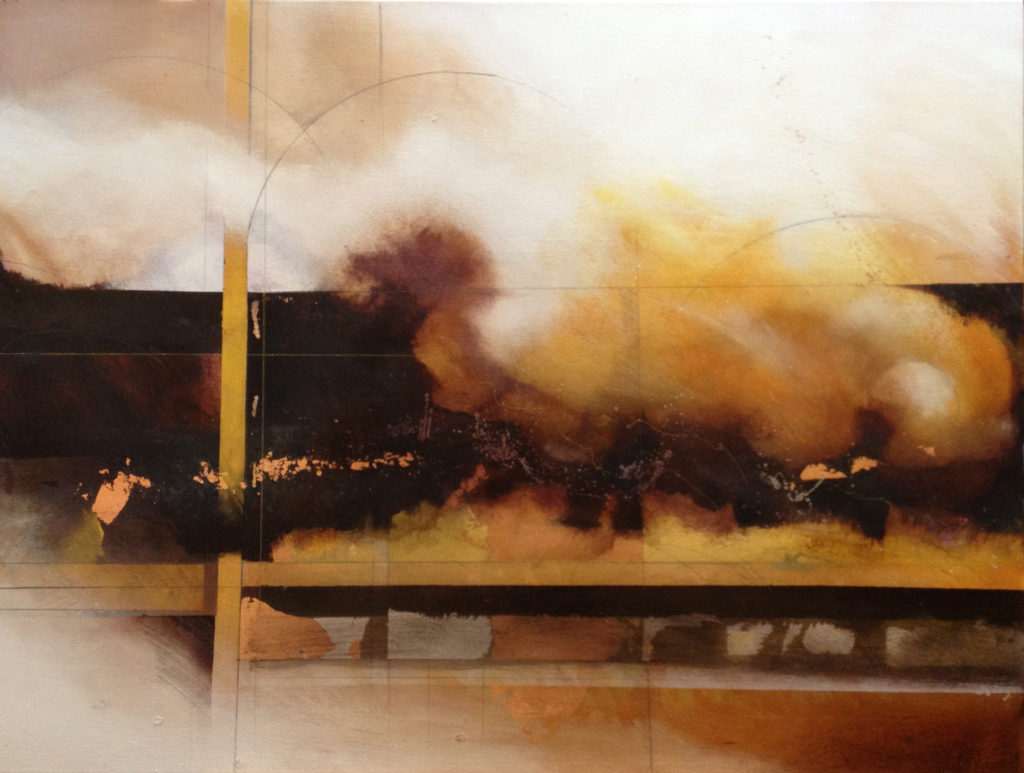 Lyn Belisle
After the Fire
Acrylic on Canvas

But guess what? For the past year or two, I’ve been working in collage again, this time with images of vintage faces and found objects with beeswax – it’s kinda come full circle. But the addition of wax is very exciting to me, and I will continue to explore it. 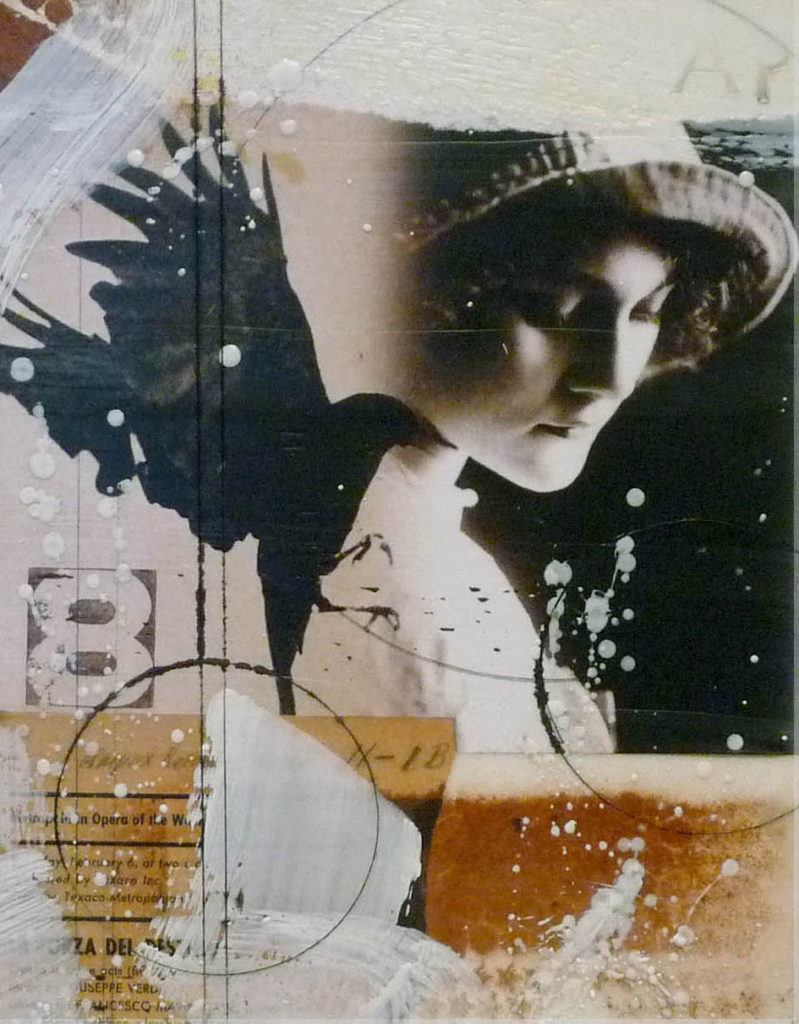 So is this bad? Good? My newest art hero, Nicholas Wilton, would advise us to embrace the change and don’t think of one phase as better, just different. This short video is so worth watching. It packs a whole bunch of great notions into less than three minutes. Plus ol’ Nick is a cutie. Maybe I could get him to visit my new studio? Hmmmmm . . . 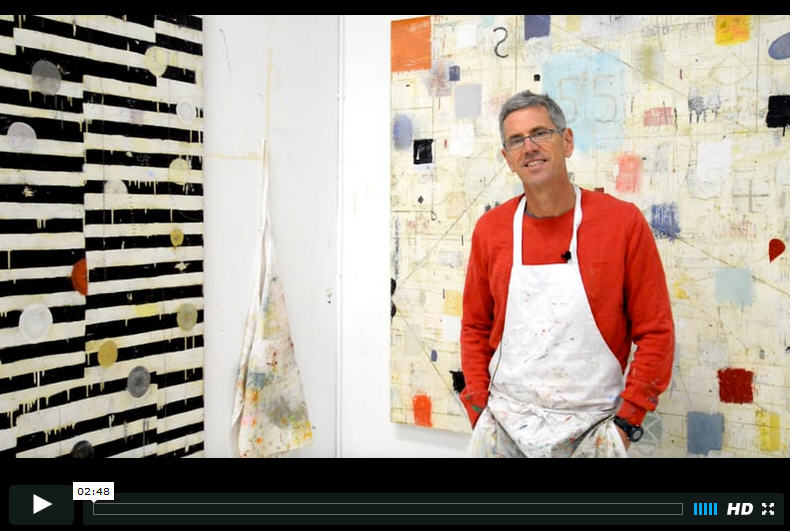