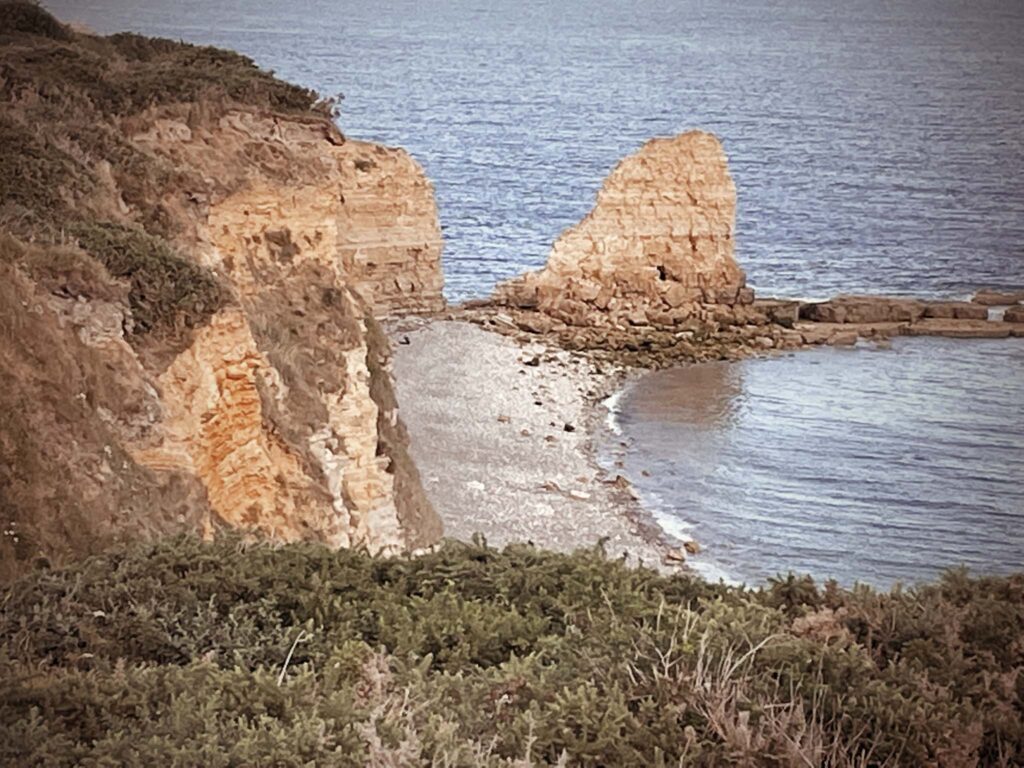 We’ve just returned from a two week trip to the Normandy Beaches where the most significant victory of the Western Allies in the Second World War took place on June 6, 1944. The D–Day military invasion that helped to end World War II was one the most ambitious and consequential military campaigns in human history.

Both of our fathers fought in the Second World War and this trip felt as much like a pilgrimage as a history lesson. 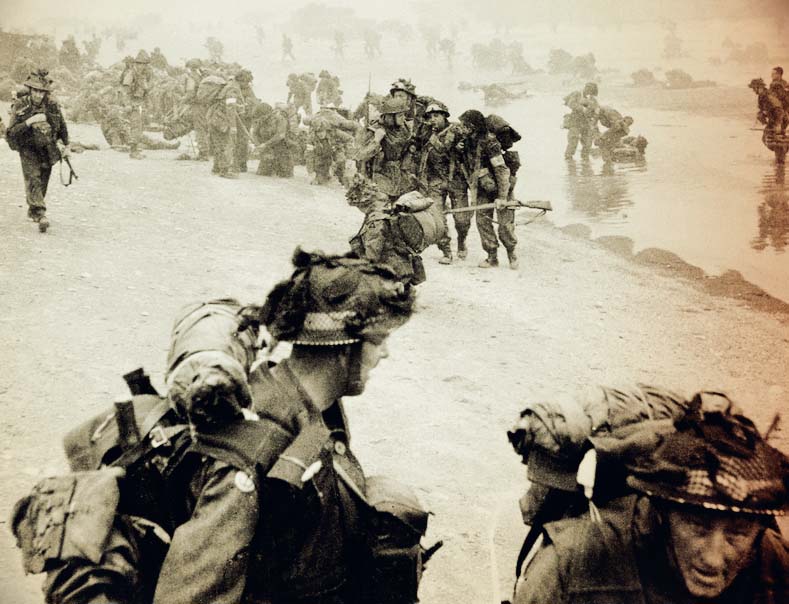 I’m still processing the profound personal effects from this trip, but the experience taught me that it is impossible for the human race to be unaffected by war. It also reinforced the idea of the universal hero archetype who starts with a humble birth, then overcomes evil and death.

The story of Pointe du Hoc defines heroism. Pointe du Hoc was the location of a series of German bunkers and machine gun posts. On D-Day, the United States Army Provisional Ranger Group attacked and captured Pointe du Hoc after scaling the cliffs while being fired on by German soldiers from the clifftops. 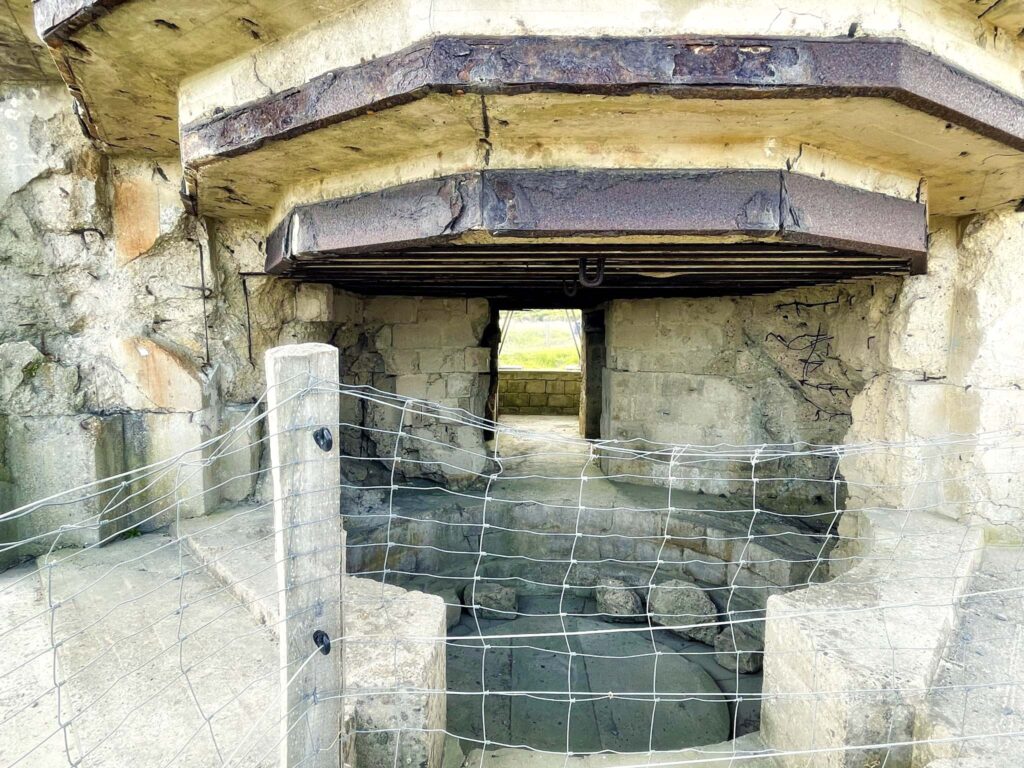 When we visited the location, the bomb craters and bunkers were still there at the top of the high cliffs. Wildflowers bloomed around the ruined machine gun bunkers. 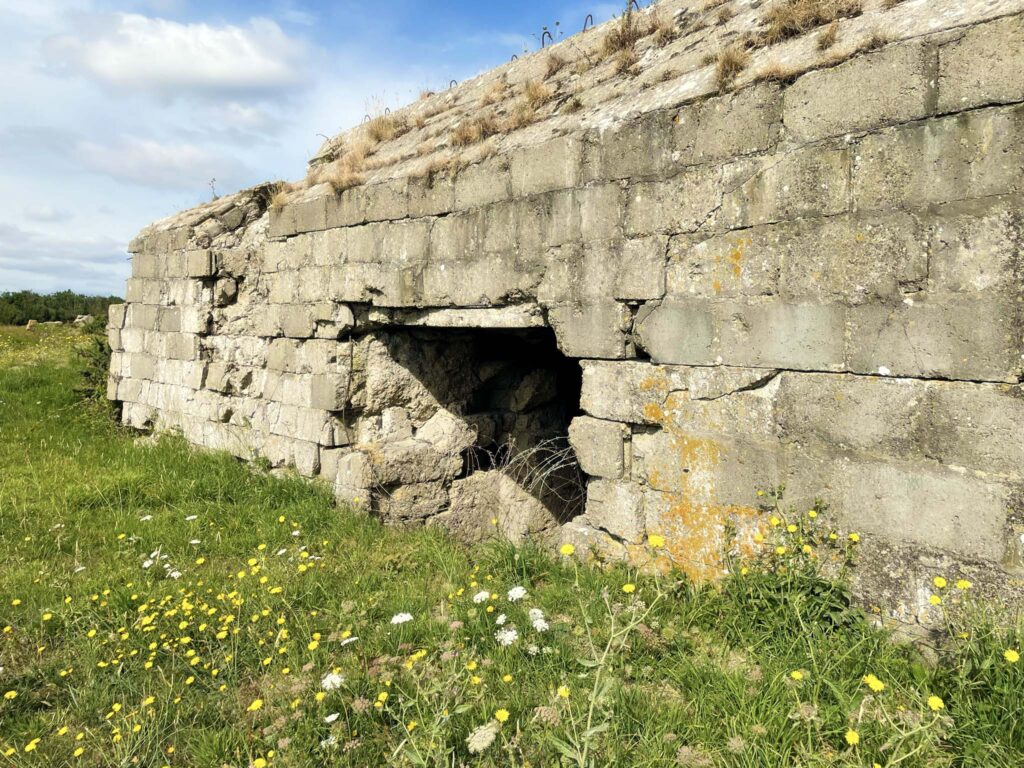 I collected a few wildflowers from this place as well as rose petals, small sticks, sand and shells from Utah Beach and Omaha Beach. These Shards of remembrance will ground me in the feeling collectiveness and gratitude I felt while walking the sands of the Normandy beaches. 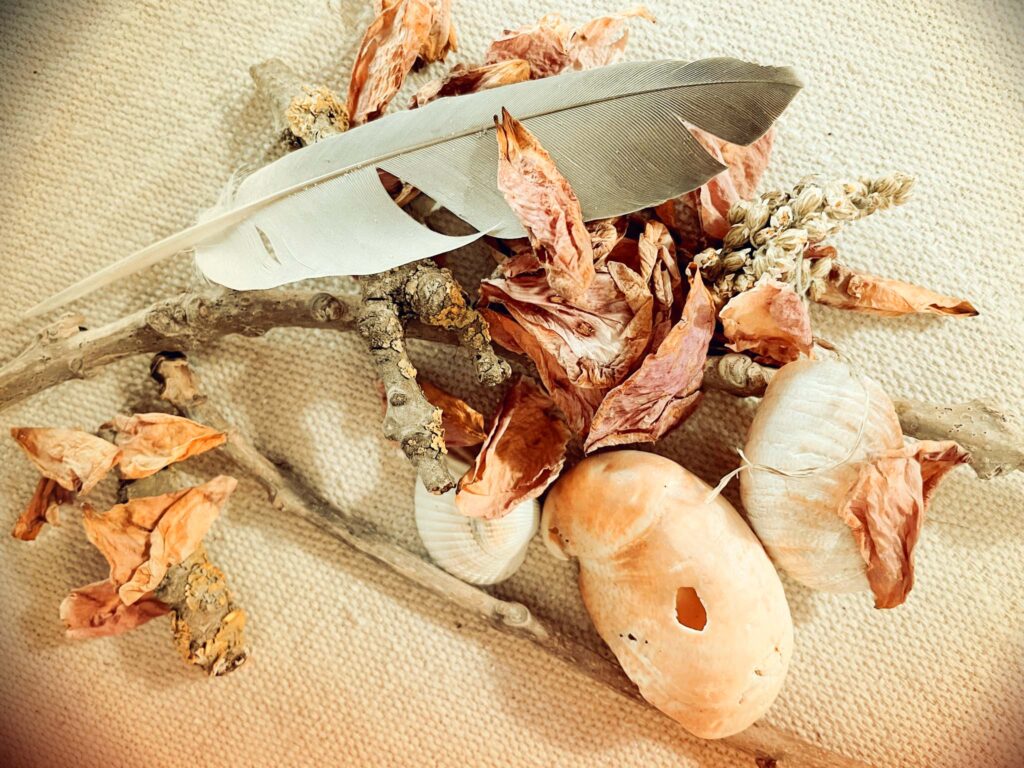 Part of our duty as artists is to pass on tradition and preserve our cultural history in various formats, to express human emotion and help us all to feel hope and peace of mind. I’m not sure how this profound journey I took will manifest itself in future artwork, but I know that it will. These little Shards will be a starting point. 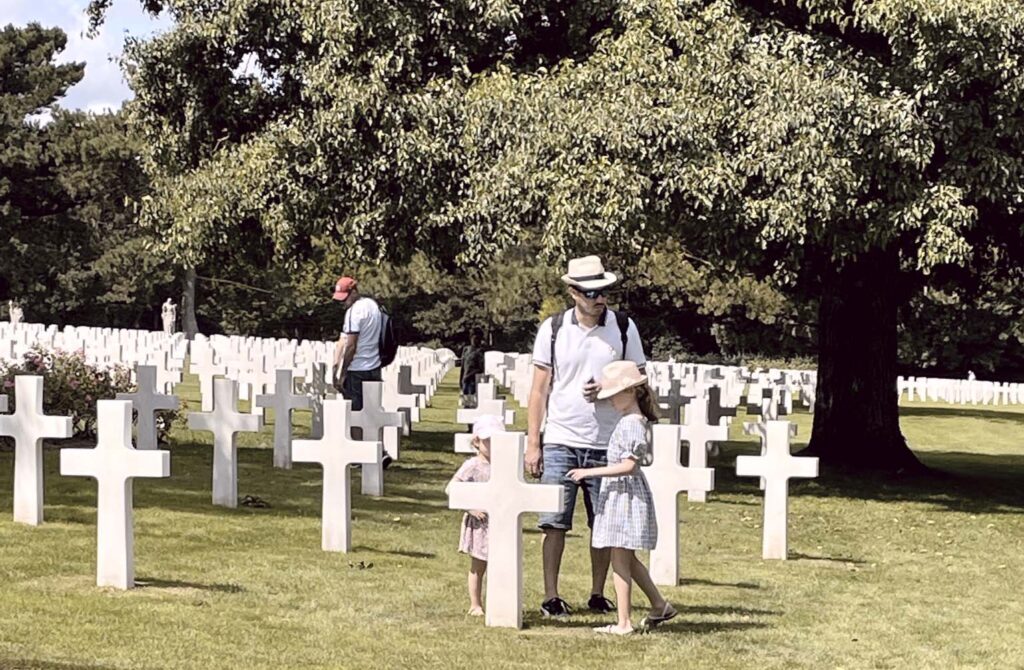 A French family at the American Cemetery in Normandy 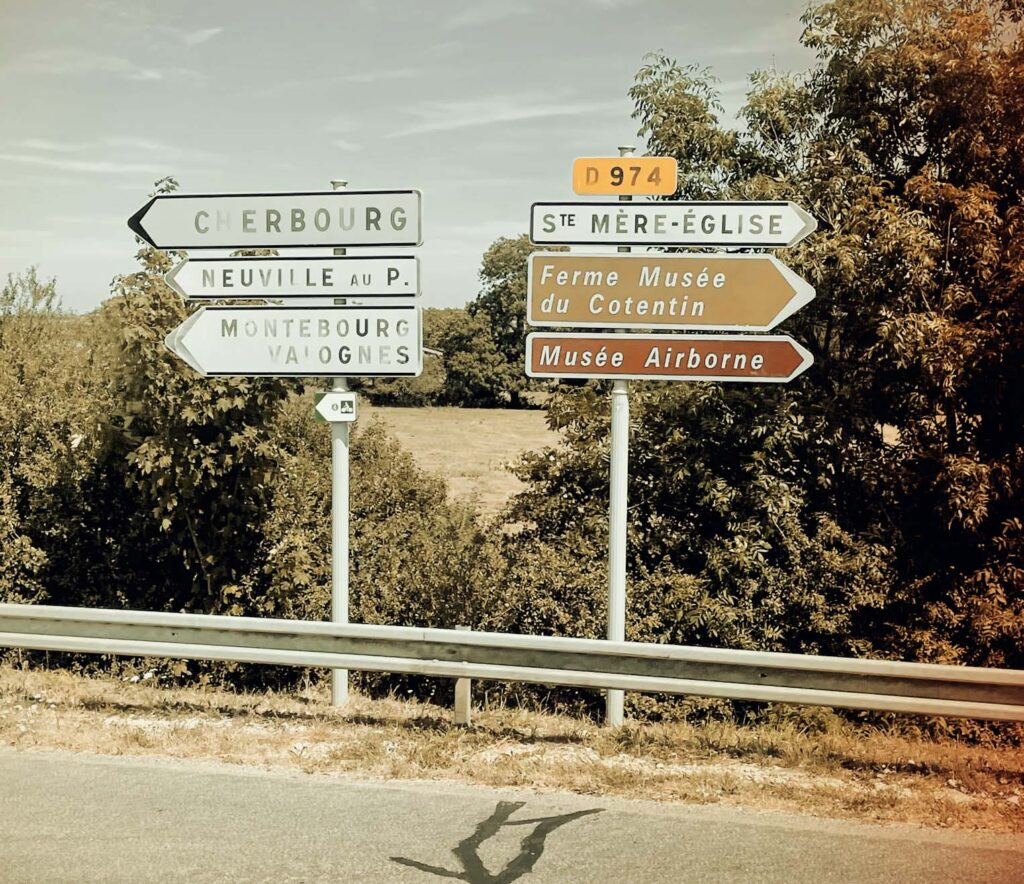 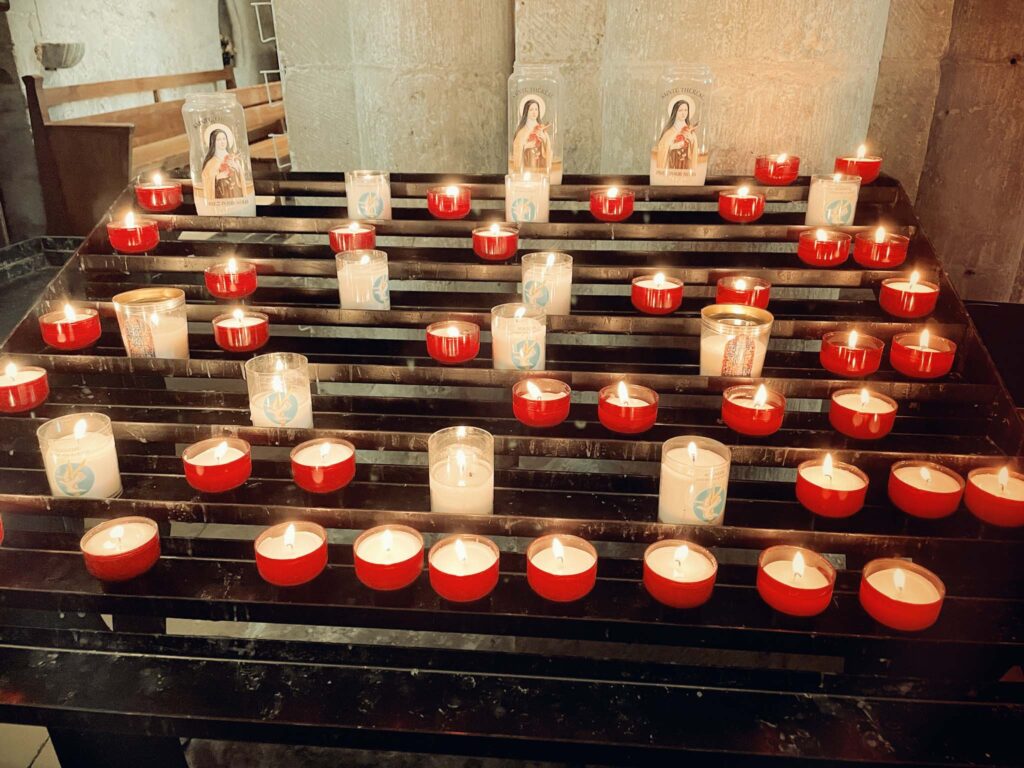 The church at Sainte-Mere-Eglise, the first town in Normandy liberated by American paratroopers

18 thoughts on “Shards and Sand”